It Appears President Trump Won This Round… Or Has He?

Today I’d like to take a step back and take a look at what the markets are telling us about how this is playing out.

First and foremost, it appears as if President Trump has won this round of the war with the Fed. Fed officials have recently started calling for an “insurance” rate cut to ensure the economy continues to grow. 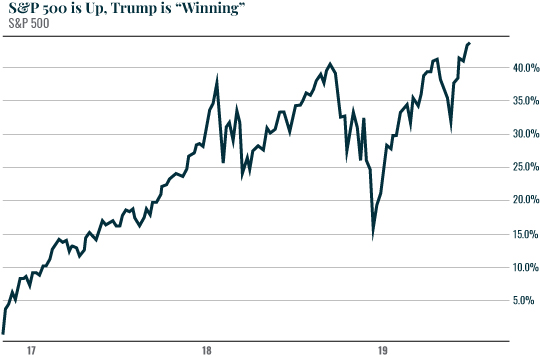 Looking at the market’s recovery from the Fed’s coup attempt in late December 2018, it is clear that Trump has the upper hand at the moment.

In particular, it appears that starting in late May 2019 the Fed began to buckle under the pressure from the President because that’s when stocks began to aggressively shoot higher. 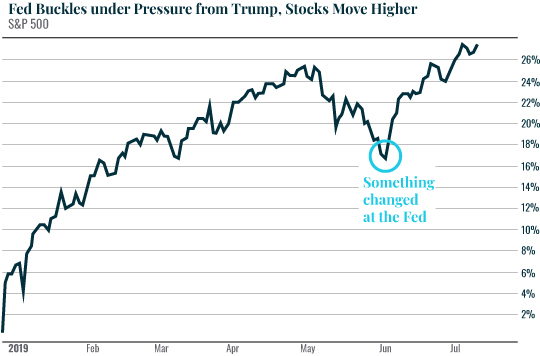 We get confirmation of this from gold, which tends to outperform stocks during periods in which the Fed is aggressively printing money. 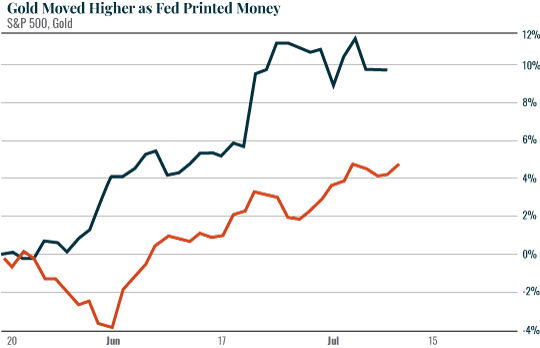 However, there is one asset that has me questioning the Fed’s next move…

The Bond Market Is Predicting the Fed’s Next Move

The yield on the 10-Year U.S. Treasury has suddenly begun to move higher along with stocks in the last week (blue rectangle in the chart below).

Here stocks are in orange, the Treasury is in blue. 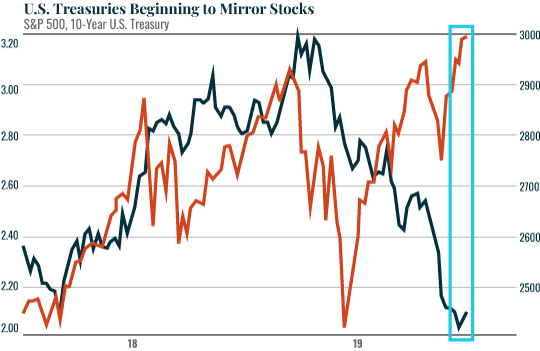 This suggests the Fed might NOT actually be planning a rate cut for the end of July. Reason being, if the Fed was going to cut rates, the yield on this Treasury bond should be turning DOWN, not turning up.

This isn’t the first time this has happened either.

Treasury yields did something similar in April when the Fed failed to cut rates at its April 30-May 1 meeting (blue square in the chart below).

This is what ignited the stock market correction in May, when stocks were disappointed in the Fed. 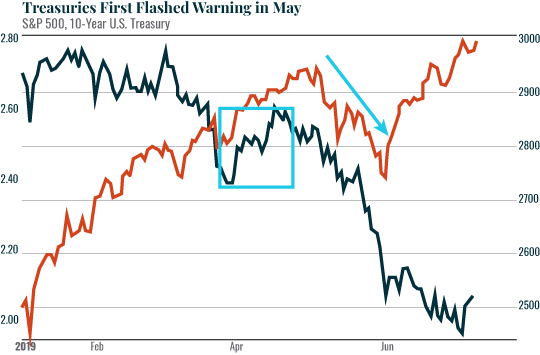 So… Is the Fed planning a similar surprise at the end of July?

The bond market seems to think so. If I were President Trump, I wouldn’t let up the pressure on the Fed even for a day.

Will the Fed surprise the markets and the President by failing to cut rates in a few weeks?