Yesterday we discussed Deutsche Bank (DB) as a systemic risk.

The basic outline is as follows.

DB sits atop one of the largest derivatives books in the world: an astonishing $48 trillion.

To put this number into perspective, it’s more than 13 times Germany’s GDP and equal to 57% of global GDP.

Now, there are two types of derivatives:

And because most of DB’s derivative book is comprised of OTC derivatives, it’s impossible to know the other banks that have exposure to this monstrosity.

By comparing the charts of large global banks to that of DB, we can get a decent idea of who has major exposure to DB’s derivatives book.

In all of the following charts, DB is in orange, with the other bank in blue.

Shown below, the stock chart for Credit Suisse (CS) looks remarkably like DB’s. 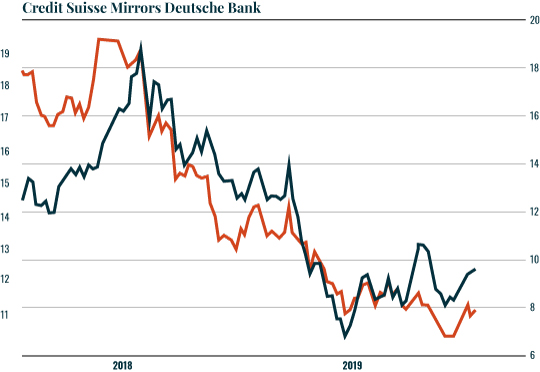 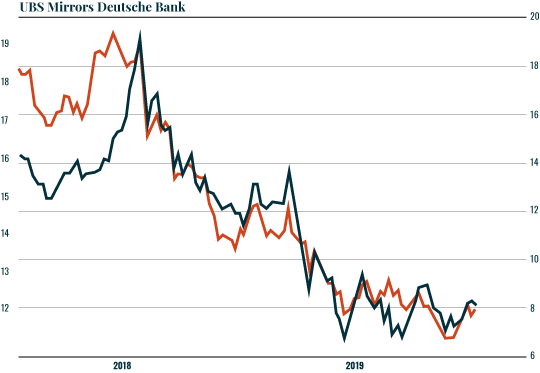 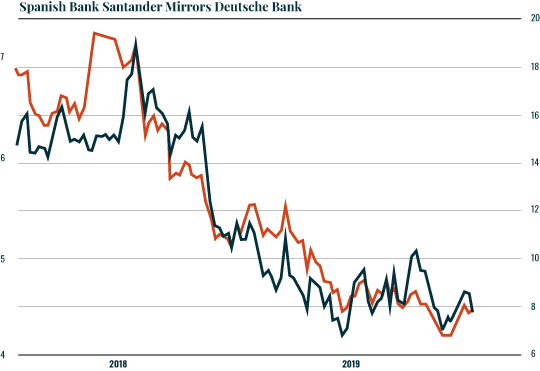 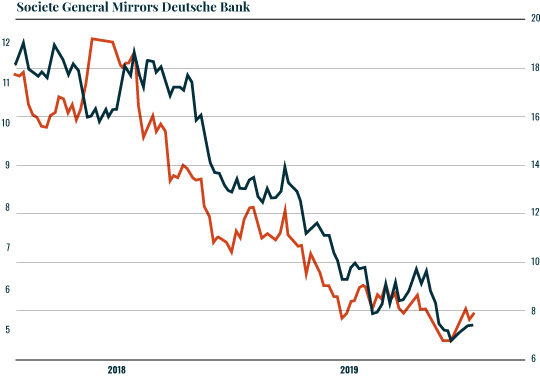 And finally, so does American bank Wells Fargo (WFC). 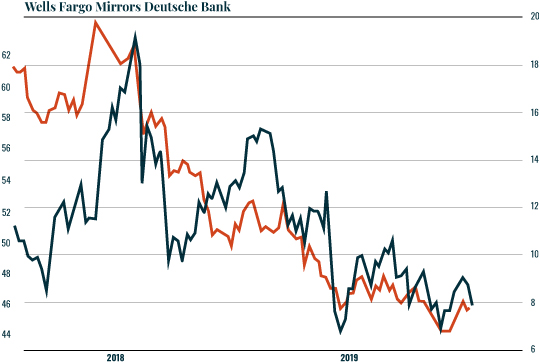 There are no coincidences in investing. The fact that these large banks are tracking DB shares so closely tells us that the market knows there’s a connection between these banks.

And not in a good way.

Now you see why I am calling Deutsche Bank “Lehman 2.0.”

And given how significant these banks are to their respective countries’ financial systems, global central banks will be forced to intervene dramatically in order to hold things together.

And we just closed out another winner, a 52% gain in just two days!