Of course, this raised an important question: Who would President Trump pick to replace Powell as Fed Chair?

Last week, Williams suggested that the Fed should cut rates to ZERO as soon as possible.

By the way, the Fed currently has interest rates at 2.25-2.50%. So Williams’ comments indicated that he believes the Fed needs to embark on an extremely aggressive easing cycle right now.

The NY Fed later tried to downplay Williams’ comments as being “off the cuff” and not representing official “Fed views.” But the message was sent loud and clear.

What John Williams did last week was send a message to the President: “If you’re looking for a Fed Chair who will cut rates to ZERO, I’m your man.”

And the President took note: 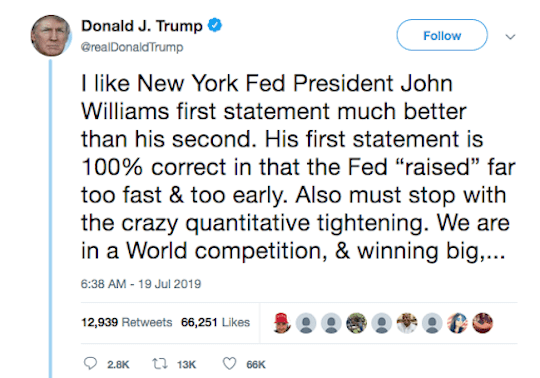 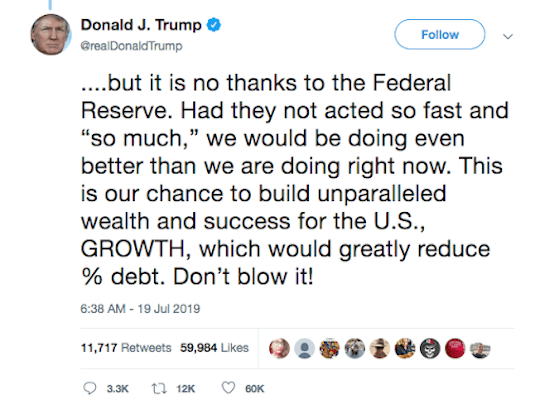 The Fed is currently in its blackout period during which Fed officials cannot make public statements. It will make its official interest rate decision next Wednesday July 31.

This is the single most important Fed meeting decision in two years’ time.

That someone is now John Williams.

And we just closed out another winner, a 52% gain in just two days!