As I noted throughout last week, the markets have at most one to two more weeks of stability before the “floors come out.”

Friday’s collapse was just a taste of what I think is coming. Stocks collapsed over 2% in a single day with the S&P 500 falling to test support in the trading range I’ve been tracking. 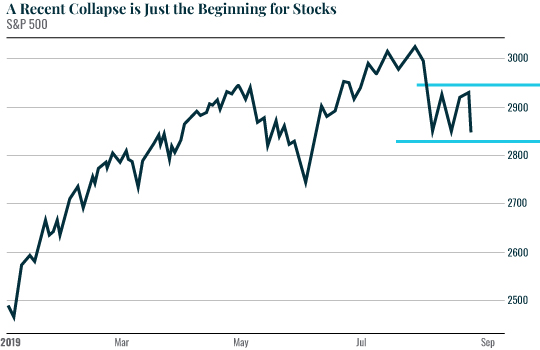 We are due for a bounce today, but the momentum is now DOWN. We are likely to find stocks down in the 2,700’s shortly. That is CRITICAL support (orange line in the chart below). And that is where we’ll get a decent bounce. 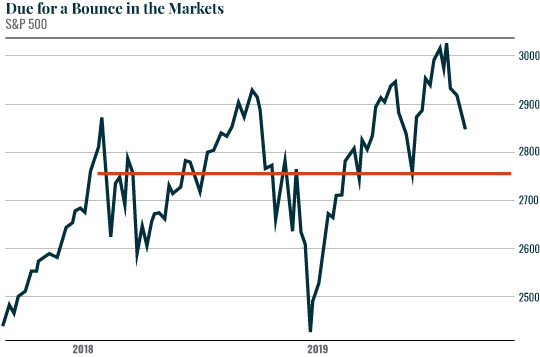 However, the big picture is looking worse and worse for the stock market. Given what’s happening globally, I think there is a solid chance that stocks will find their way down to the lower blue line below, in the expanding pattern I’ve been tracking since mid-2018. 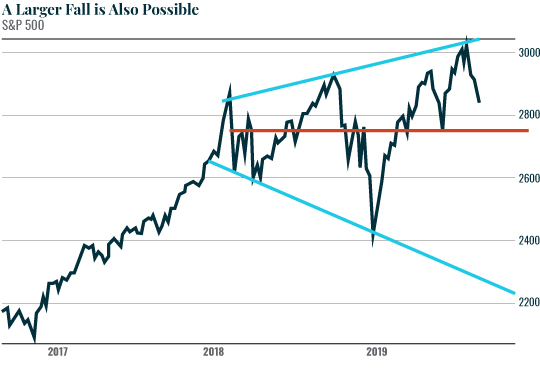 My timeline for this is somewhere in the late September-October window.

So the big question is… how do you make money from this?

The simple answer is: the currency markets.

As soon as stocks breakdown in a major way, global central banks will hit the “panic” button and start intervening in the markets.

This is going to turn the currency markets into a trader’s paradise, with one currency after another dropping hard as central banks move to devalue them.

There’s $3.4 trillion in cash waiting to move into stocks. This is an incredible time to be an investor…