Last week, I noted that three former central bankers were openly advocating for central banks to implement “helicopter money” during the next economic downturn.

Helicopter money consists of the Fed printing money and funneling it directly into the economy by either:

The idea of helicopter money has been floating around economic circles for years, but to my knowledge this is the first time we’ve seen three former central bankers openly calling for it.

These central bankers are:

Put simply, these are three HIGHLY connected and influential former central bankers. In this regard, their article can be considered a blueprint for what’s to come as far as central bank policy during the next economic downturn.

Now, the big question is, “how do you profit from this?”

One simple answer for “buy and hold” investors is: buy gold. 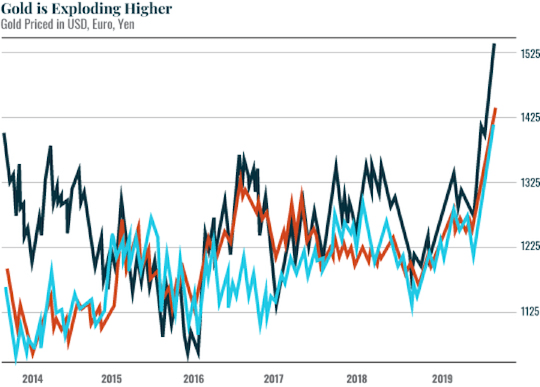 Put simply, gold is a great way to profit from what’s coming in the long term.

But what about in the near term?

In the near term, central bank interventions are going to lead to incredible currency volatility.

The last time central banks were aggressively intervening in the currency markets regularly was from 2008-2010.

Look at the massive price swings in the U.S. dollar (dark blue line), the Euro (orange line), and the Yen (light blue line) in the chart below. 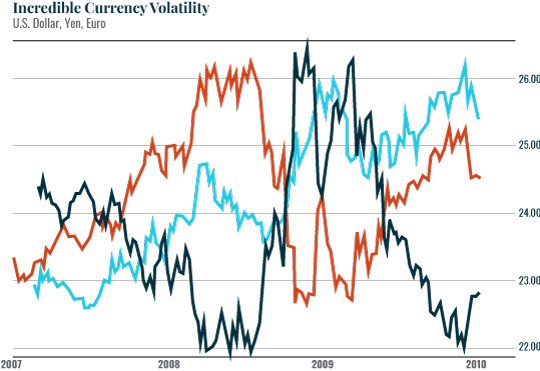 Currency traders made literal fortunes during this time period. And I believe we are about to enter another one just like it.