I hate to be the bearer of bad news, but stocks have gone nowhere now for 20 months.

It sounds unbelievable doesn’t it? But it’s true. The stock market today is only 3.5% higher than it was during early 2018 peak. 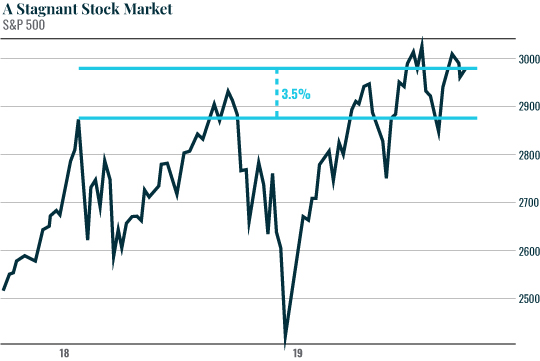 That’s not the end of the bad news either. Even if you’d managed to trade the market perfectly, catching every peak and every bottom, the returns aren’t that great.

If you’d caught the March 2018 bottom perfectly, you’d have made 13% in six months riding stocks to their next peak.

And if you’d shorted the market at the very top, you’d have made 17% in four months. 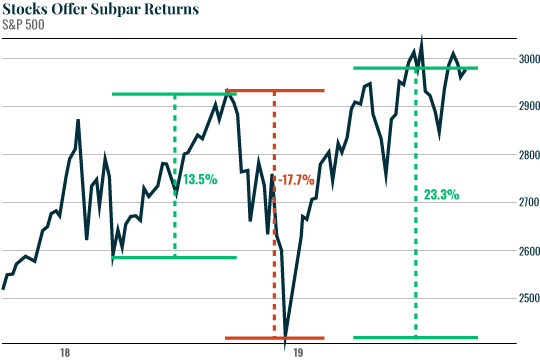 And bear in mind, that’s only if you timed the tops and bottoms perfectly three times in a row – something that no trader can do.

Which is why I’ve been focusing almost exclusively on the currency markets.

The Largest Most Liquid Markets in the World

With the right trading strategy, even a SMALL move in currencies can mean MASSIVE gains. 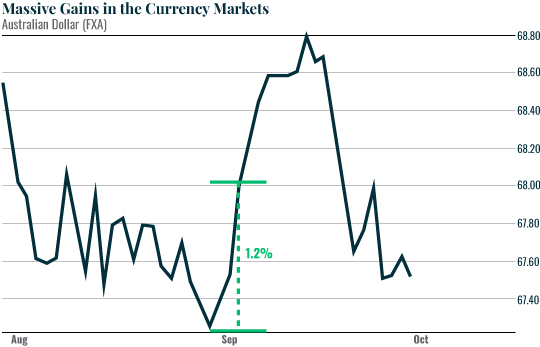 If you’re interested in seeing these kinds of returns, you can find out more about this unique trading system, head to the Alpha Currency Profits page on the website… and the best part is, we’re trading currencies without touching the dangerous FOREX market!