Last week I noted that stocks have become a boring asset class.

If you’re a buy and hold investor, you haven’t made money from the stock market in over the last 22 months (nearly two years). 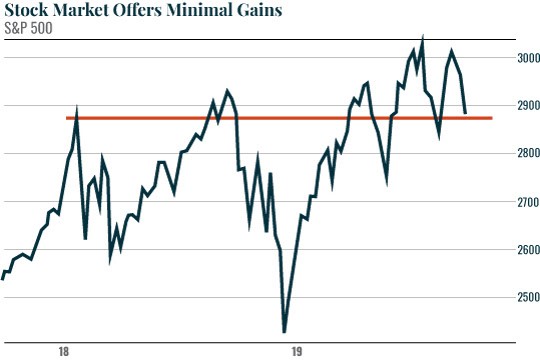 The situation isn’t much better if you’re an expert stock picker, either.

Even if you somehow were able to pick all three of them on January 2, 2018, you’d only be sitting on average gains of 60% today. And while the average annual gains of 30% are impressive, when you consider that other asset classes can return 30% in a week, it quickly becomes apparent that stock picking is no longer the money-making strategy it once was.

So what asset class is appealing when it comes to making big gains FAST?

Currencies are such an appealing asset class because almost no one is trading them anymore.

No one trades these things. Consider this: the largest currency ETF is the U.S. Dollar ETF. Its entire market cap is only $330 million. That’s technically a microcap stock.

Wall Street can’t touch these things because they’re too small. And because of that, it’s one of the best asset classes for individual investors to see major returns.