In the near term, stocks could correct. The euphoria of the partial trade deal (however tenuous) and a Brexit deal in the UK needs to wear off before we start the next leg higher. Stocks are right at the top trendline of a consolidation pattern they’ve been forming over the last four months. 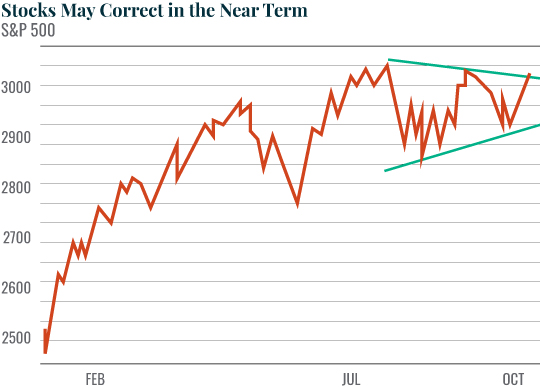 The fact that we didn’t simply break through this line (shown above) on heavy buying suggests stocks will take a pause here, if not correct.

However, the big picture for the market remains very positive.

As I noted earlier this week, stocks move based on liquidty, not the economy. The Fed is now providing $160 billion in liquidity to the financial system every month. That is VERY positive for stocks.

Moreover, the fundamentals are improving dramatically. The latest spate of economic data in the U.S. has shown a nice uptick.

Even real-world economic indicators, which were warning of a slowdown in the first half of the year, are starting to bottom and suggest a new bull market is approaching.

One such indicator, copper, is shown below. 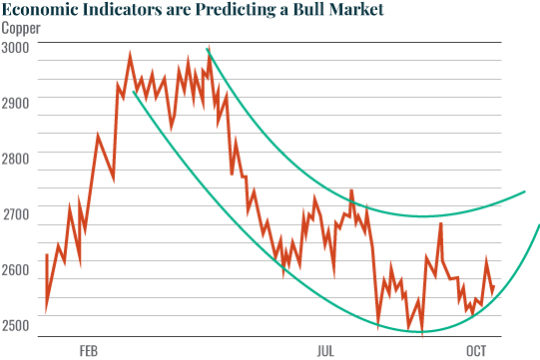 Throw in the fact that investor sentiment is extremely negative and we’ve got the potential for a significant bull market in the coming weeks and months.

Again, this is the intermediate-term forecast into year-end. In the very near term, a brief correction of sorts should happen. But I’d view that as a buying opportunity.

If you’re looking for above average returns today, the market is telling you that the clearest trade is to be long precious metals.

Reader Mailbag: My Take on Cryptocurrency

I’ve received a number of emails from you asking my thoughts on cryptocurrencies. Asked and answered…

Technical Analysis Update: The Lines That Matter for Stocks Today

This is THE line in the sand for a real meltdown. We’re tracking this closely…