The Fed Just Signaled That It Will Ease Conditions FOREVER

For one thing, the Fed cut interest rates for the third time this year.

If you’ll recall, back in July when the Fed first cut interest rates it claimed that this was merely a “mid-cycle” adjustment, meaning that it was NOT the start of continuous easing.

Fast-forward to today and it is clear this is no longer true. The Fed has now cut interest rates three times – signaling the start of a major easing cycle.

We received confirmation of this from Fed Chair Jerome Powell’s Q&A session after the Fed meeting in which he stated:

“I think we would need to see a really significant move up in inflation that’s persistent before we even consider raising rates to address inflation concerns.”

Put another way, inflation needs to become a persistent and MAJOR issue before the Fed considers raising rates again. And given that the Fed goes out of its way to underestimate inflation, this means the Fed is effectively finished with raising rates for a LOOOONG time.

Bear in mind, he said this as stocks were hitting new all-time highs. 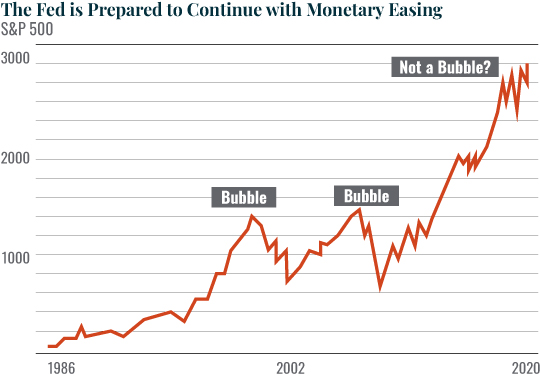 In the simplest terms possible, this latest Fed meeting tells us monetary policy normalization is over. The Fed will be easing monetary conditions from now on.

This has opened the door to the market hitting levels previously unimaginable. I’m talking 4,000 on the S&P 500. 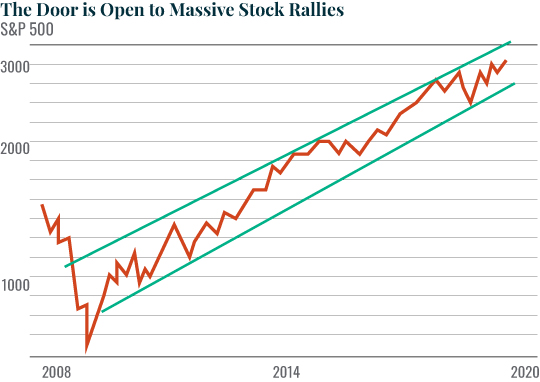 The S&P 500 is in a clear uptrend. As I write this, stocks are overbought and need to consolidate, but this channel indicates a move to 4,000 if not higher is coming.

I’m already preparing my clients to play this with several key investments that could produce TRIPLE possibly even QUADRUPLE digit gains in the coming months.

I’ll tell you all about them next week…

In the meantime, I was on Cheddar last week discussing the Fed’s actions in great detail. You can watch the full video here.