As I noted yesterday, the Fed has made it clear that it wants stocks to go into a bubble.

We know this because:

So the Fed is broadcasting that it won’t be raising rates again for a LOOONG time… at the same time that it’s claiming stocks are decidedly NOT in a bubble – despite one of the biggest bull markets in history.

And bear in mind, the Fed said this as stocks were hitting new all-time highs. 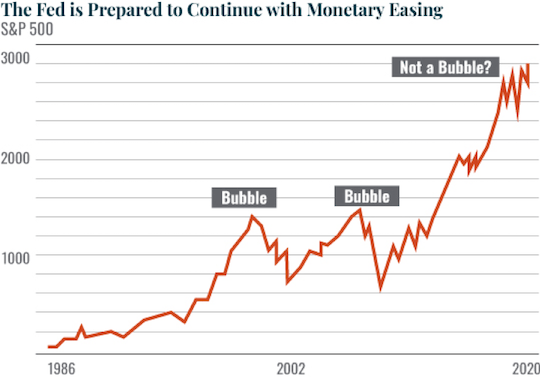 No rate hikes, no signs of a bubble, and a TSUNAMI of liquidity… this is as close as you can get to the Fed broadcasting that it wants stocks to enter a bubble.

The big question now is: How do we profit from this?

The Best Way to Play a Strong Stock Market

That’s how it’s supposed to work anyway. But the reality is that investors tend to RUSH into the SSO whenever the market rises – resulting in the SSO DRAMATICALLY outperforming the S&P 500.

By way of contrast, the SSO (dark blue line) is up an INCREDIBLE 1,439% over the same time period. That’s MORE THAN FOUR TIMES the performance of the stock market. 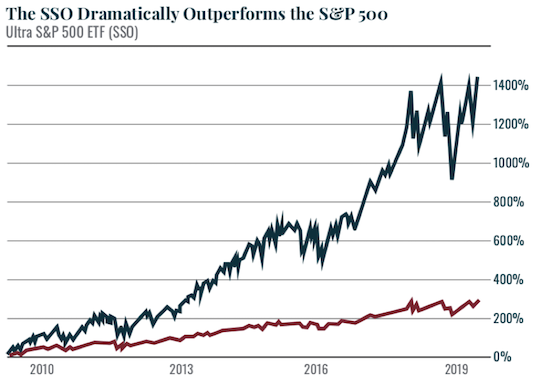 If you’re looking for an easy way to play the Fed’s next bubble, this is a relatively easy one. And you can buy it through most discount brokers.

As always, be sure to do you own due diligence before buying anything!

Are Stocks on a “Sugar High?”

I’m watching credit to make sure this is the real deal… and not a sugar high that will lead to a nasty crash.