Over the last week, I’ve been building a case that the financial system is lurching towards a period of greater inflation.

Commodities, which are extremely inflation-sensitive, are breaking out of a massive falling wedge formation. This suggests that commodity prices will soon be rising rapidly, which typically indicates inflation is rising. 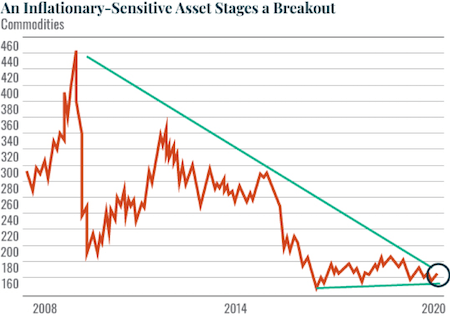 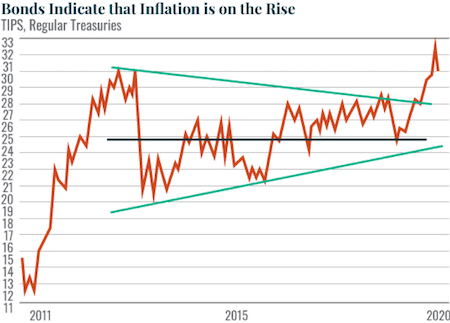 Meanwhile, stocks should do well at least initially, as history shows us that stocks are a great temporary hedge against inflation.

During the last burst of inflation in the early ‘70s, the stock market initially rose over 60%. However, once inflation started to become a major problem for corporations, with much higher operating costs, the market HALVED in the span of 20 months, shown below. 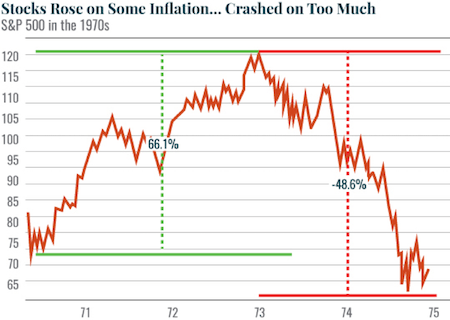 Now, the question for investors is “what is going to drive stocks to INSANE highs in the coming months?”

After all, it’s easy to say stocks should rise based on inflation. But unless someone is actually BUYING stocks, this forecast is basically useless.

Put simply, just who is going to be buying stocks going forward?

A Flood of Money is Coming for the Stock Market

First and foremost, the Fed is giving Wall Street $60 billion in cash to play with every single month as part of its QE program.

Secondly, corporations are spending close to $500 billion every year buying their own stocks via buyback programs. That’s an incredible amount of buying power.

The Wall Street Journal reports that investors are currently sitting on $3.4 trillion in cash.

What’s truly incredible is that this number has risen by $1 trillion in the last three years, meaning investors have been moving increasingly to cash despite stocks roaring to new all-time highs.

Put another way, this has to be one of the most HATED bull markets in history. And all of those investors are going to come rushing in once it becomes clear that inflation is going to start eating up the value of the cash they’re sitting on.

Remember, inflation means cash losing its value due to depreciation. So if higher inflation is indeed coming, there’s $3.4 TRILLION in cash on the sidelines waiting to funnel into stocks.

The best way to play the coming market melt up?

I recently clued subscribers of my Strategic Impact newsletter in to an incredible investment… that’s already up 4%.

Ultimately, debt is a very complicated, nuanced thing. But here’s one universal truth about debt: It doesn’t matter… until it does.