As I mentioned last week, the Fed is now unleashing the greatest trading environment of our lifetimes.

The context here is simple.

Markets don’t really care about the economy or any of the other items that economists and talking heads worry about.

Yes, there are times when the economy matters a whole lot to stocks. But for the most part, the economy is a side issue. Instead stocks care about one thing: liquidity.

And the Fed is now providing this in spades.

The Fed has now expanded its balance sheet by $288 BILLION in then last 10 weeks. As I write this, the Fed balance sheet is now back over $4 trillion and expanding at an annualized pace of $1.2 trillion-plus per year.

Put simply, the Fed has unleashed a TSUNAMI of liquidity.

And the financial system LOVES it.

The Real Source of Major Profits in the Markets

However, stocks are not where the BIG money is if you’re looking to make a fortune from the markets.

Consider this: Even with the Fed pumping the financial system with over $250 billion in liquidity in the last two months, the stock market is up a mere 10%. 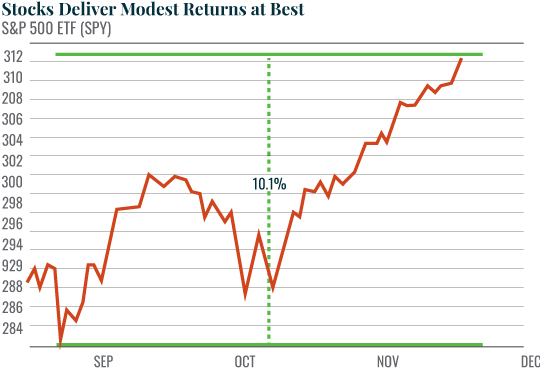 Over that same time period, my currency trading system, Alpha Currency Profits, locked in gains of: