As a brief recap, they were:

I posted this forecast on August 19, 2019. Let’s see how they’ve performed since then.

Gold spiked to one final high soon after my forecast. It then dropped over $100 per ounce to $1,455. This has been a slam dunk as far as forecasts. 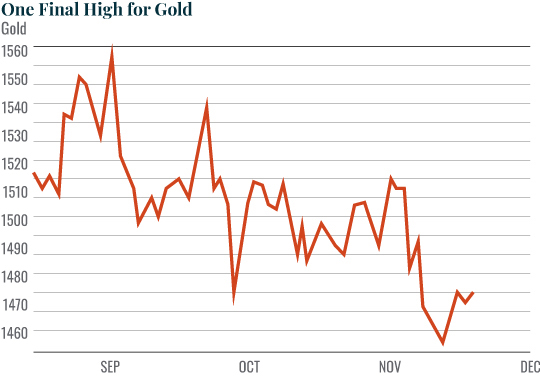 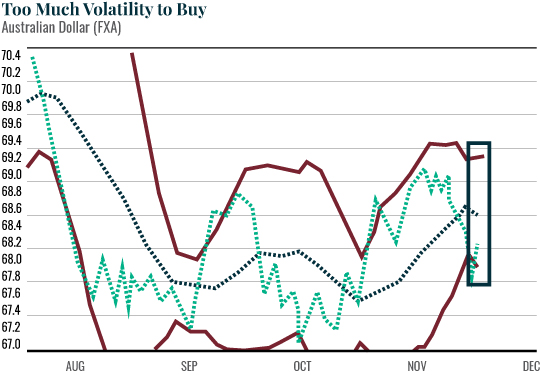 Forecast #3: The S&P 500 Would Correct Before Bouncing Hard

Stocks did indeed correct almost immediately after my forecast, falling to an intraday low of 2,834 on the S&P 500. They then ignited higher, rising over 8% to new all-time highs. 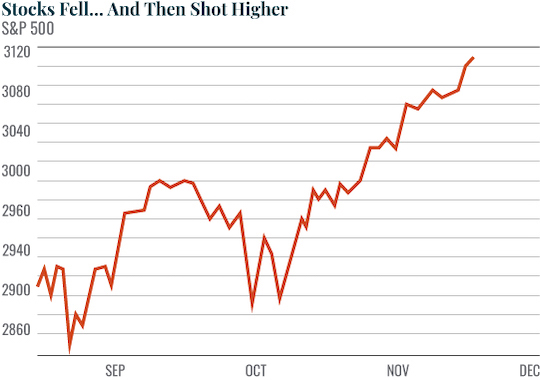 I was off by 34 points on my downside target, but the big bounce did indeed arrive! Objectively, I’d give this forecast a B+.

All in all, we were right on two-and-a-half out of our three forecasts. Anyone who followed these investment ideas made good money in those three months.

The big question now is… what comes next?

When Politics Collide with Profits…

The answer is somewhat complicated. And it has a lot to do with an unusual development I uncovered a few months ago…

The US economy experienced a sharp and severe recession/depression following the economic shutdown due to the COVID-19 pandemic. And yet, stocks are exploding higher. Why is this?

Technical Analysis Update: The Lines That Matter for Stocks Today

This is THE line in the sand for a real meltdown. We’re tracking this closely…