President Trump was right about the Federal Reserve being too hawkish with monetary policy in 2018. And he’s correct to suggest the Fed should be easing more aggressively now.

To be clear, the Fed was correct to raise rates and attempt a balance sheet normalization – the pace of both operations was far too aggressive.

But as early as mid-2018, it was clear to me that the markets were signaling that Fed policies were killing growth.

Let me give you an example.

An Incredible Indicator of Economic Growth

As such, copper has called every boom and bust in the last 50 years – earning it the nickname “Dr. Copper.”

With that in mind, note in the chart below that copper initially rose quite a lot during the first year of the Trump Presidency (green box = 2017). This signaled higher economic growth to market watchers such as myself. 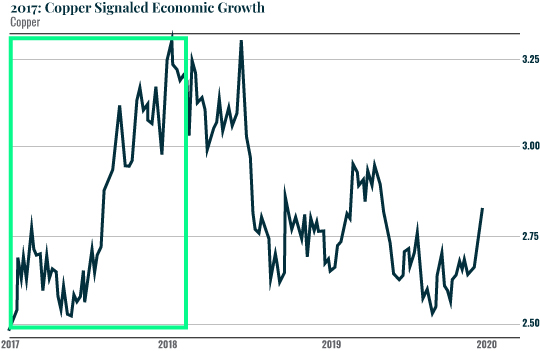 However, once the Fed began its aggressive rate hike schedule along with its balance sheet normalization, copper entered a steep downtrend (orange box = 2018). As you can see below, as early as June/July 2018 it was clear the Fed was killing economic growth as copper entered a free-fall. 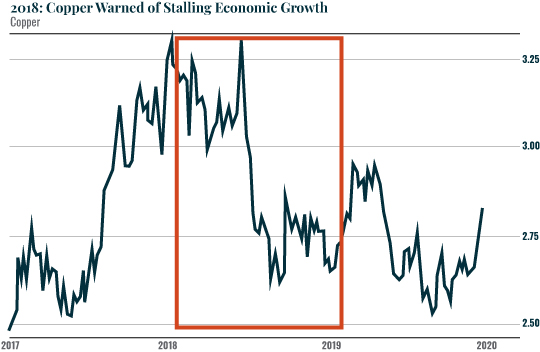 How the Fed failed to see this is beyond me. This kind of collapse was playing out in multiple sectors all linked to growth (copper, steel, industrials, etc.). I repeatedly commented on this, but to no avail.

Perhaps, had the Fed slowed the pace of the rate hikes and balance sheet normalization, we would not have had to experience that horrible stock market sell-off in late 2018. 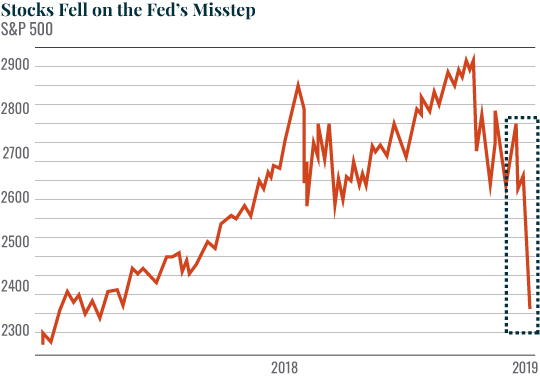 One more thing to note. It was only in early 2019 – when the Fed reserved course with its policies and began talking about rate cuts and ending its balance sheet normalization – that copper began to rally again. And as of late 2019, it has finally broken its downtrend (dark blue lines below). 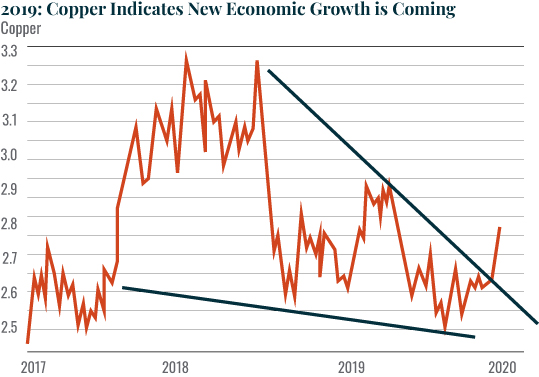 This tells me that growth is coming once again.

We’re Headed For Another Economic Boom – NOT Bust

The markets, as you know, are forward looking.

So once again, President Trump was right concerning the Fed killing growth. And by the look of things with copper today, we’re about to experience another economic boom – NOT a bust.

This suggests President Trump winning a second term in a landslide.