The Fed launched its latest monetary program in October 2019.

The program features some recognizable tactics: Through it, the Fed prints $60 billion in new money per month and uses it to buy assets from Wall Street.

Let’s see… printing money and using it to buy assets from Wall Street… sounds a lot like quantitative easing (QE) doesn’t it?

However, the Fed has argued that it isn’t. In fact, in both official statements and during Q&A sessions, the Fed has repeatedly stated, “This is not QE!”

That is, until just yesterday…

On Tuesday, Director of the Economic Council Larry Kudlow stated that the Fed’s current monetary policy is indeed “basically QE.”

Remember, the whole reason the Fed even started this program was because of pressure from the White House. In this context, Kudlow is telling us that the Fed is lying about what it’s up to – probably to save face from admitting that the president is the one calling the shots.

If the Fed can lie about a $60 billion per month QE program – one that has already added nearly $180 billion to the Fed’s balance sheet – what else is the Fed lying about?

How about buying stocks directly to prop up the markets?

Technically, the Federal Reserve is not supposed to buy stocks or stock futures. And they certainly do not include those assets on their balance sheet listings, which are published every week.

However, we know from Fed meeting minutes that the Fed does indeed own positions in the markets that it does not publish.

Case in point: Back in October 2012, then-Fed Governor Jerome Powell (now-Fed Chair), explained what happens when the Fed decides to sell its investment positions during a discussion:

“Another way to look at it, though, is that it’s not so much the sale, the duration; it’s also unloading our short volatility position.” [Emphasis my own.]

Here, Powell is stating that the Fed has a “short volatility” position ― meaning the Fed is either shorting the Volatility Index (VIX) via futures, or options… which is 100% NOT what the Fed is allowed to do as per its mandate.

So we know the Fed buys investments that it isn’t supposed to.

And I’ve even got the charts to prove it.

Simply click here, on the image below, for a step-by-step walkthrough of a Fed intervention. 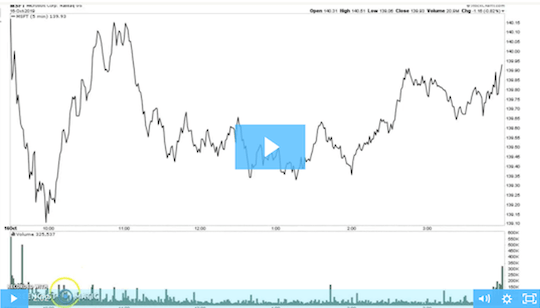 So now the question is… HOW DO WE PROFIT FROM THIS?

This service is designed to do two things…

And use that knowledge to generate UNPRECEDENTED gains.

Already, this system has produced gains of:

Heck, just yesterday, we locked in a 26% winner that we held for less than three hours. And the actual trading of this position took our subscribers less than FIVE minutes.

I’m already getting signals that our next trade is coming soon. So if you want in on it, you better move fast!

All you need to do to get started is click here now.