In case you’ve missed it, TSLA has soared to nearly $900 per share. 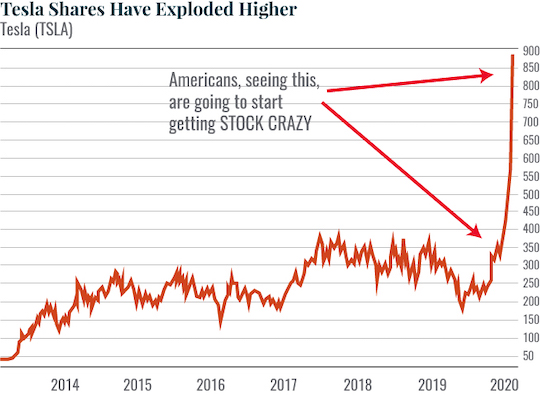 The professional investor crowd sees this and laughs saying, “This is insane, and it shows the market is about to top.”

I disagree. I see this and think: We are about to enter a TRUE stock market mania.

The Doors are Open for a Stock Market Mania

Tesla’s explosive move higher is signaling that after more than two decades, individual investors are coming back into stocks.

The financial media likes to talk about stocks as though everyone on the planet owns them. It’s true that roughly half of American households have exposure to the stock market, but almost all of this exposure is based on indirect purchases via 401(k)s and other stock-based retirement accounts.

The last time they did was at the height of the Tech Bubble – the largest stock market bubble in history. A bubble driven by loose money from the Fed and a technology revolution. A bubble that saw individual stocks rising by 25% or even 50% in a single day.

That was the kind of bubble that required individual Americans to get “stock crazy” to the point of opening individual brokerage accounts to start day trading. At the height of the Tech Bubble, a little over one in five Americans were doing this.

We all remember what followed…

The Tech Bubble burst and stocks went roughly NOWHERE for the better part of 20 years. 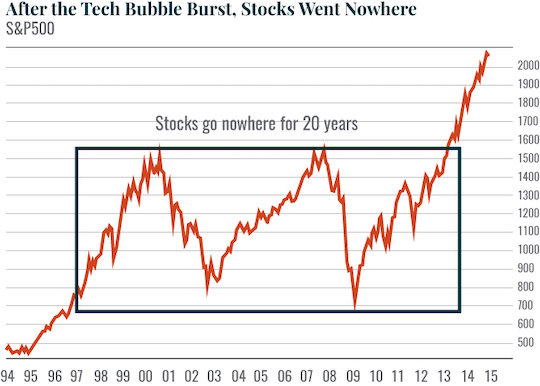 TSLA is changing all of this.

Tesla: The Match that Lit the Fuse in the Markets

Its explosive market gains and popularity are great enough that it has caught the attention of the general population in ways no stock has done in decades.

People are getting TSLA tattoos. People with absolutely ZERO experience in investing are talking about it. And they are starting to open brokerage accounts.

This is just the beginning. We are about to enter a stock market mania not seen since the Tech Bubble. And before it ends, I expect we’re going to see a mania unlike anything else.

The Biggest Gains Are Yet to Come

If you think this sounds crazy, consider that during the Tech Bubble, stocks rose over 840% before the bubble burst. 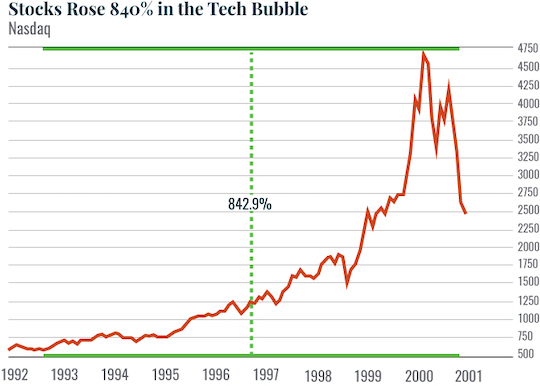 Now, the media claims stocks have been in a bull market since 2009, and that we are currently in the longest bull market in history.

But the true bull market only just began in 2013 (after stocks had gone nowhere for 20 years, discussed above). Meaning, technically stocks are only up about 110% since the bull market began – and they have room to run! 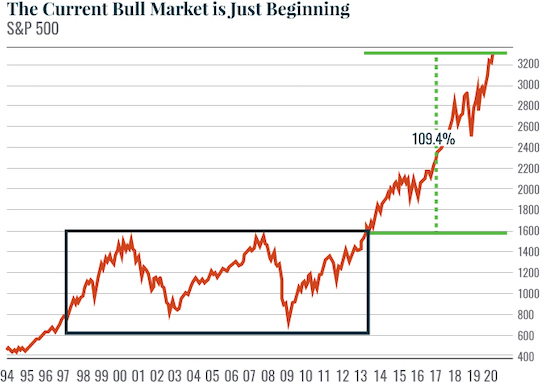 Look, I realize this all sounds completely insane. The media claims stocks have been in a bull market since 2009, but this is false and fearmongering.

Stocks are nowhere near the manic levels required for a major market top.

But they will be in the coming months and years. And TSLA is the match that lit the fuse.