The market got hit yesterday in a big way, but the selling was well contained.

Traders have become way too conditioned to the market doing nothing but going up. As a result, we are in the ridiculous state in which even a single big down day has people talking about crashes.

Statistically speaking, stocks have two days like yesterday (down 3%) every year. Even after yesterday, stocks are only a mere 4%-5% off their ALL-TIME HIGHS.

And yet, traders are talking about crashes!

The fact is that we might have a bit more downside. But major charts are telling us a major buying opportunity isn’t far off…

Market breadth, a great indicator of price in the markets, still has a little way to go before it finds support. 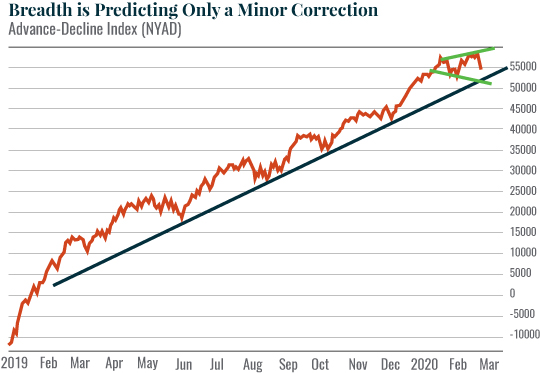 However, stocks have already overdone it, falling far more than breadth. Over the last year, anytime stocks broke down this much relative to breadth, it triggered a “V” shaped recovery soon after.

Below, stocks are in orange and market breadth is in dark blue. 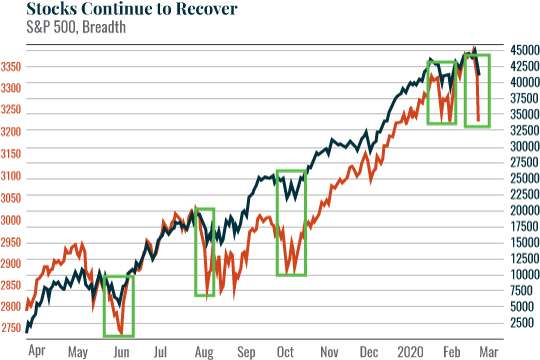 Moreover, the Big Four tech stocks all held support yesterday – MSFT, AAPL, AMZN, and FB. They comprise over 11% of the market. 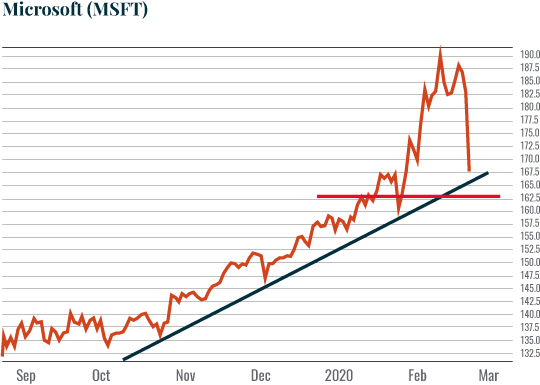 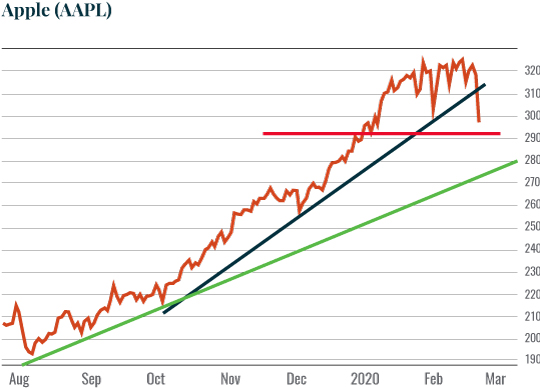 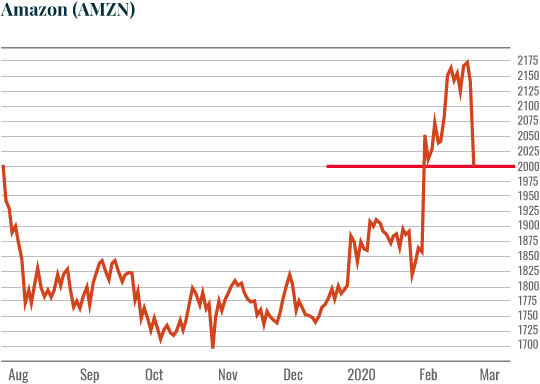 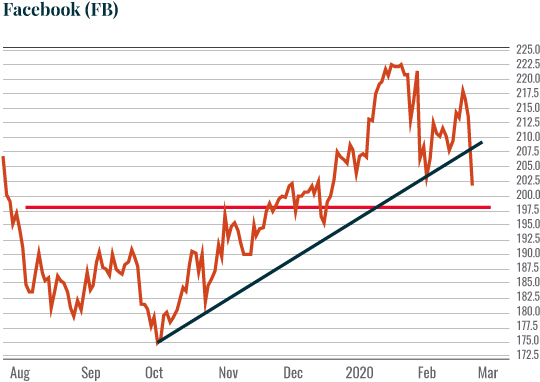 As I said before, the selling was contained and orderly. There was no sign of a crash.

And while stocks could fall a bit further from here, we’re getting close to the “buy zone” in terms of market internals.

Personally, I believe the Fed will use this sell-off as an excuse to ease monetary conditions sooner rather than later.

Over the last few months, the Fed has been talking about being “on hold” with its policies. However, just last week multiple Fed officials referenced the coronavirus as a reason the Fed might start easing. And yesterday, a former Fed President wrote an op-ed piece urging the Fed to perform an “emergency” rate cut.

And what are the odds that President Trump would let stocks crash during his re-election year?

Trump’s Bullish Plan for Stocks in His Re-election Year

I’d go as far as to say the chances of Trump letting stocks crash during his re-election year are pretty much zero.

As I’ve been saying since last year, Trump knows that to win the election this year he needs to do one thing…

And to do that, he will lean on the Fed harder than any president has ever done before him.

But this insight isn’t new. Trump already started setting this plan in motion in a ‘secret’ meeting at the start of last year.

You can find out which ‘secret’ meeting I’m talking about and more in my special briefing about it right here.