The Everything Bubble has burst.

The next crisis is fast approaching. 2008 was just the warmup.

During the 2008 crisis, the Fed did three things:

Combined, these three policies – particularly the first and second – created a bubble in U.S. Treasuries, forcing yields to extraordinary lows.

Allow me to explain why that matters.

The Bedrock of the Financial System

Treasuries are the bedrock of the global financial system. Their yields represent the “risk free” rate of return – the rate against which all risk assets (stocks, commodities, real estate, etc.) are priced.

Every asset class in the world trades based on the pricing of bonds. So the fact that bonds are in a bubble (arguably the biggest bubble in financial history), means that EVERY asset class is in a bubble.

I am focusing on the Fed here, but the same policies played out in every major financial system.

The Largest Financial Bubble in History

The Bank of England (BoE) employed the same policies in the UK.

And the Bank of Japan (BoJ), which had already been doing both a zero-interest rate policy (ZIRP) and QE since 2000, took these polices to even greater extremes.

Central bankers created the BIGGEST, most egregious bubble in financial history. A $250 TRILLION debt bomb… with another $500+ trillion in derivatives trading based on its yields.

The bond bubble is over $250 TRILLION in size. Some $50 trillion of this is in sovereign debt, with the rest coming from corporate debt, mortgages, auto loans, credit cards, and the like.

This mountain of debt is categorized based its riskiness. Not all debt is equal, since different borrowers have different levels of risk of default.

For instance, an oil shale company that needs oil to trade at $60 per barrel is at much greater risk of default than a sovereign nation like the U.S.

In the U.S., things rapidly move up the bond food chain. 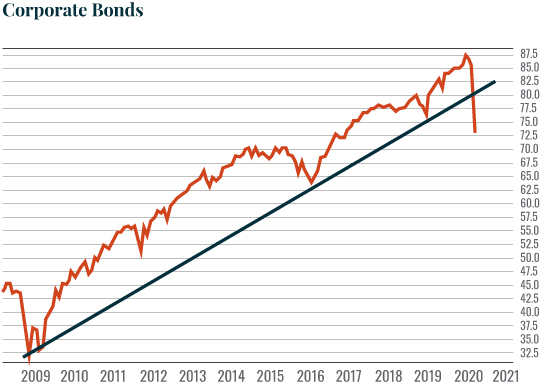 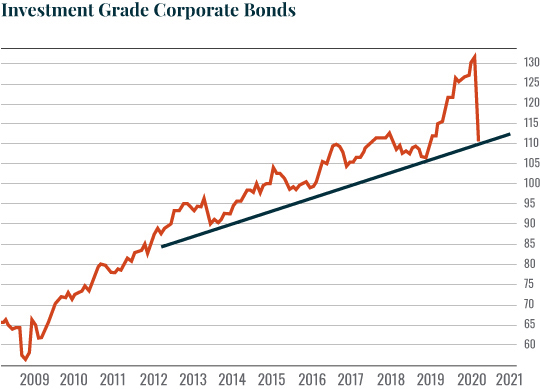 Further up the food chain, the bubble in high yield municipal bonds (bonds issued by cities, states, and the like) has also burst. 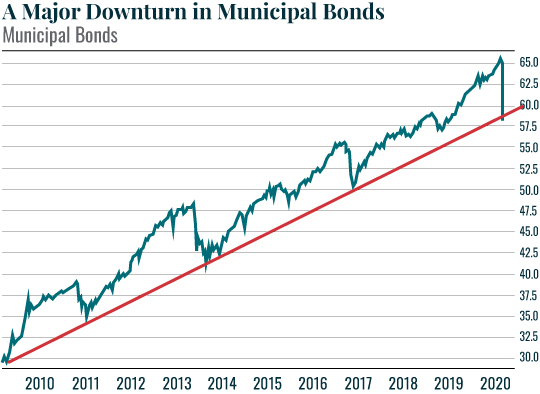 The BAD news is that the bubble in investment grade municipal bonds has ALSO burst. 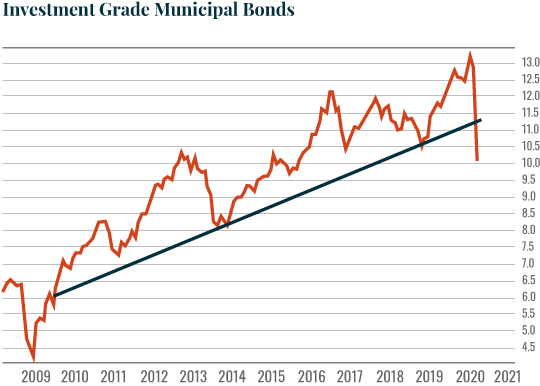 This leaves sovereign bonds, or Treasuries.

Right now, the bubble in U.S. treasuries remains intact. Bond yields are within a clearly defined bear market (bond yields fall when bond prices rise, so the bubble is stable). 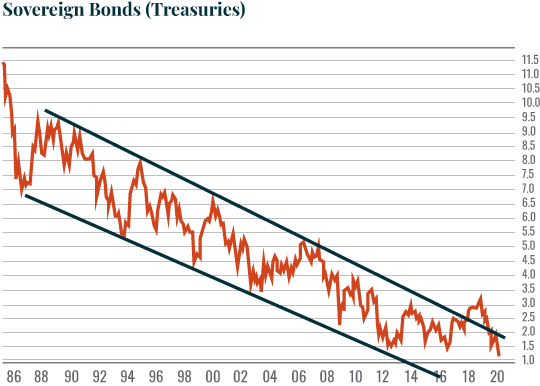 However, this is NOT the case in Europe.

Germany is the largest most dynamic economy in Europe. As such, Germany is the ultimate backstop for the EU. And German sovereign bonds are beginning to breakdown. 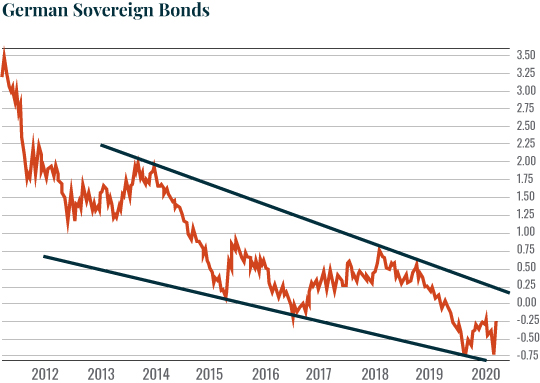 Despite a deflationary collapse, bond yields on the 10-Year German Government bonds is RISING, meaning those bonds are falling in value.

This SHOULD not be happening. German bond yields should be falling based on the deflation in the system right now.

Indeed, just this week Germany experienced a failed bond auction… meaning not enough buyers showed up to buy its bonds.

That kind of thing can happen from time to time… but for it to happen during a flight to safety like the one happening right now is a REAL signal that the EU’s bond market is in serious trouble.

More on this in the coming days.

A Rare Look into My Political Crystal Ball

There are times when politics can have a potentially significant impact on investment markets. This election may well be one of them. Here’s how I see it playing out.