The stock market was collapsing. Wave after wave of selling was hitting stocks with barely a bounce here and there. 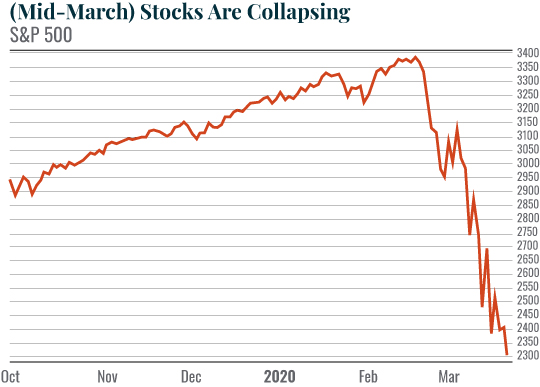 Behind the scenes, the debt markets were imploding.

High yield corporate and municipal bonds had broken their bull market trendlines from the 2009 lows. Put another way, the debt markets were facing their first REAL crisis since the 2008 meltdown. 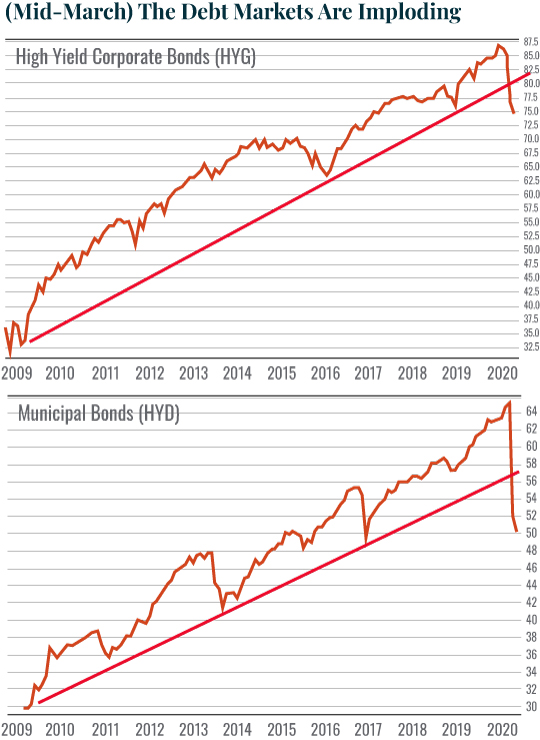 To stop this, the Fed made an emergency announcement the Sunday before last (March 22, 2020).

The full list of monetary interventions is truly jaw dropping. The Fed announced it would:

This is what we in the investment industry would consider “the kitchen sink.” And out of this list of policies, two items stand out:

The Fed has never bought either of these assets before. Even during the depths of the Great Financial Crisis of 2008, the Fed didn’t do this.

Even more interesting to me is the fact that BOTH of these asset classes bottomed THREE DAYS before the Fed made this announcement.

Municipal bonds bottomed on the morning of March 19. Corporate bonds bottomed that afternoon. The Fed made its announcement March 22… three days later. 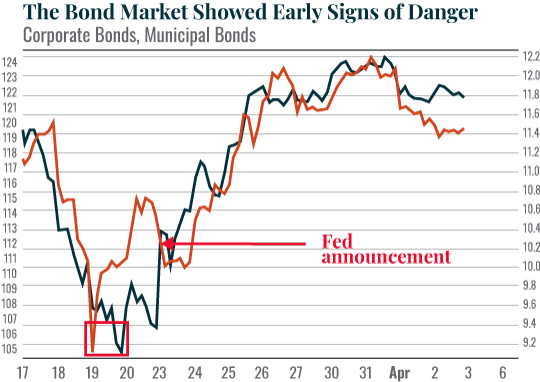 This strongly suggests the Fed leaked its plans to certain key players in the markets… particularly when you consider that stocks didn’t bottom until March 23, the first day the markets were open AFTER the Fed announcement. 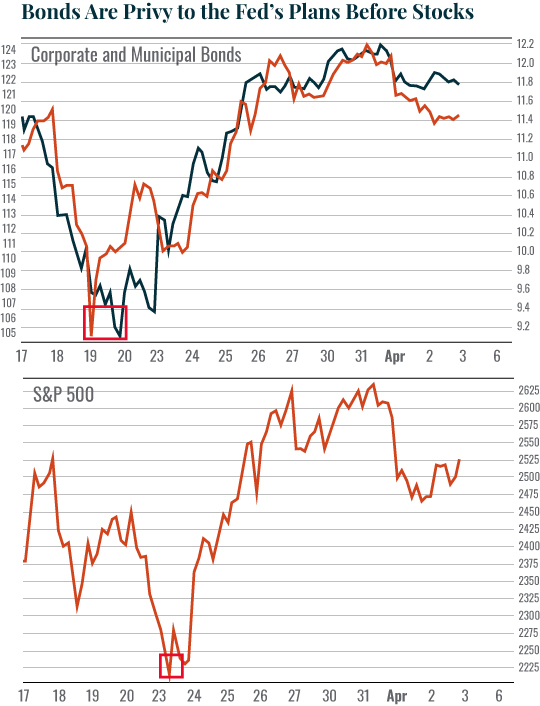 Put another way, someone knew well before the stock market just what the Fed would be doing. And that someone/s started buying municipal bonds and corporate bonds ahead of time…

How to Profit from the Fed’s Market Moves…

Getting ahead of the Fed’s market interventions can be a simple and extremely profitable way to make big money in a short period of time.

That’s why I track central bank actions so closely.

And recently I discovered how I believe the Federal Reserve is secretly manipulating stock prices using what I call “ghost money.”

So I developed a proprietary system designed to track “ghost money” moves in real-time… so you can get ahead of the next big market swings before they happen.

Just this week, I tracked a “ghost money” move for a stellar 41% gain in less than two hours.

If you’d like the opportunity to learn how you could pocket double- and even triple-digit gains in a just a couple of hours using “ghost money,” please click here for the full details.

If you’re looking to gain insight into what’s going on in the global financial system, you NEED to look at the currency markets.