The markets are currently attempting to figure out just one thing:

Whether or not you can fix an economic collapse and debt bubble bursting simply by throwing trillions of dollars at the problem.

The economic reality in the U.S. is that the Everything Bubble has burst.

There are now major debt issues brewing in the commercial real estate and municipal bond markets, to name a few.

Several major states (New York, Illinois, California) were already on the verge of insolvency prior to the shutdown.

With the shutdowns collapsing tax revenues, these states are now at very serious risk of funding crises in the near future.

The Fed is attempting to solve this problem by buying municipal debt. But does that really solve the issue?

The Market Warns: There Are Still Major Cracks in the System

The municipal bond ETF moved sharply higher when the Fed made its announcement, but has since gone flat.

Is this issue fixed because the Fed will buy these bonds? The market doesn’t seem to think so. 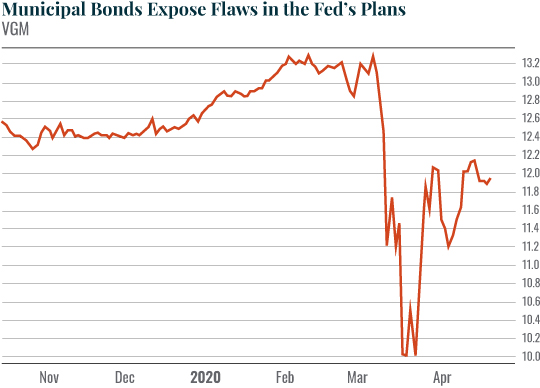 And the municipal bond market is just one such issue.

Take a look at the corporate bond market below. The Fed has announced it will buy investment grade and high yield corporate bonds with unlimited funds.

And yet, both of them are rolling over after an initial “sugar high” on the announcements. 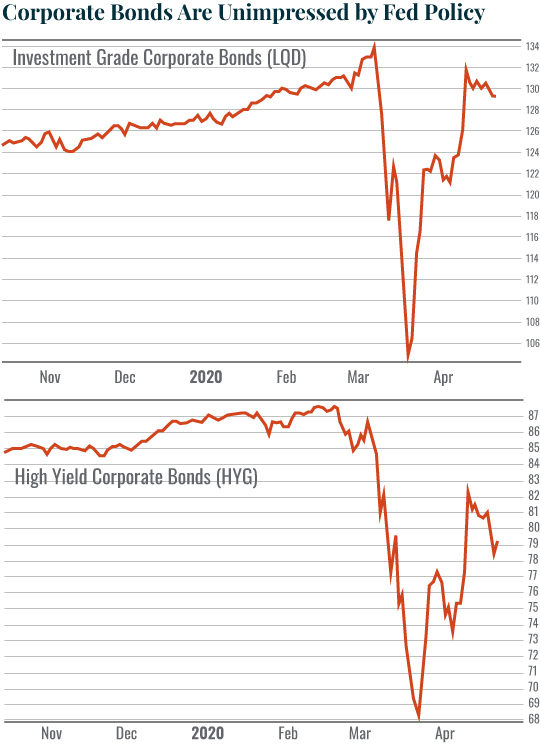 There are $10 trillion in corporate bonds in the U.S. At least $3 trillion of this is junk in actuality.

Will the companies that issues these bonds be able to overcome the economic shutdown and consequent loss of revenues simply because the Fed is buying these bonds?

Again, the market doesn’t seem to think so.

My point with this article is to urge you to ignore the narrative that things are returning to normal. They are not.

A Credit Crisis is Looming – Coronavirus Just a Distraction