The market is now approaching “the line in the sand” — the 61.8% retracement of the March meltdown.

Allow me to explain.

A big problem with major market crashes is that they render most technical metrics useless. Meaning whenever the market drops violently, most of the measures that traders use to time when to buy or sell (things like relative strength, MACD, and such), stop working as trading tools.

Case in point: Stocks were already extremely oversold in late February 2020, but they dropped another 26%. You can see this in the chart below.

The Relative Strength Index (RSI) was well below oversold territory (30) but stocks kept collapsing. Anyone who used RSI to try to pick a bottom in late February got destroyed. 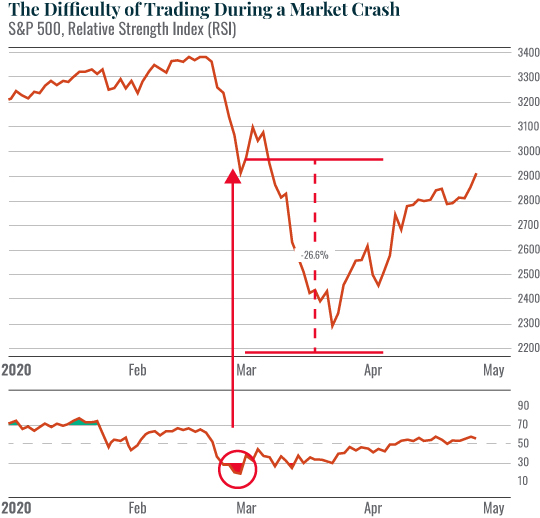 For this reason, one of the few technical indicators that remain helpful after a crash are Fibonacci retracements percentages. These are based on the famous Fibonacci ratio (with the exception of the 0.5% which was simply added by traders for its predictive value).

From a predictive standpoint, historically, most major crashes see stocks retrace 61.8% of their initial decline before rolling over and crashing again. So if stocks CANNOT break above the 61.8% retracement, they are doomed to crash to new lows.

During the Tech Crash, the Nasdaq retraced 61.8% of the initial decline during a major bounce. It then stopped on a dime and rolled over to crash to new lows. 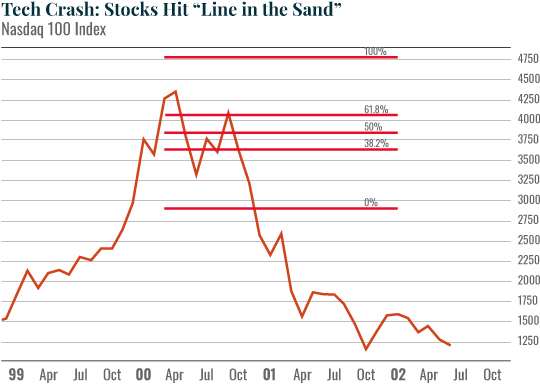 The same thing happened during the 2008 crash. 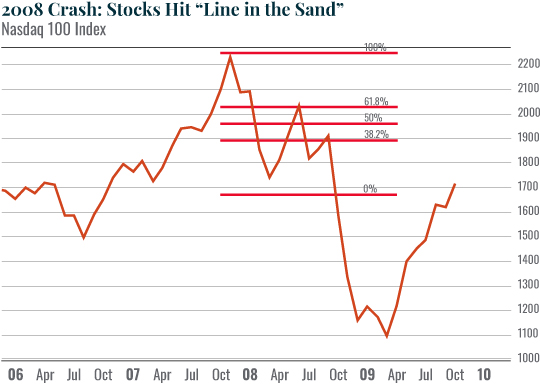 It’s now in the process of doing the same thing this month. Note that we are slightly above the 61.8% retracement today, but there are still two trading sessions left in the month. 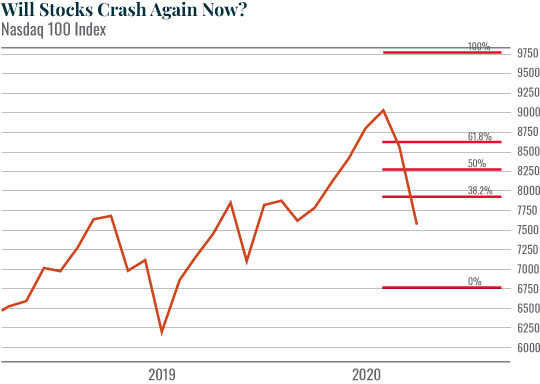 This is THE metric I’m watching right now.

If stocks break through it and end the month above it, there’s a good chance the lows are in and we’re going to continue rallying.

However, if stocks fail to break above this level and stay there by month’s end… the odds greatly increase of another nasty down leg and possible new lows.

It’s Official: The Coronavirus Has Burst the Everything Bubble

The Fed is now in very serious trouble.

In the last three months, Money & Crisis has been calling the economic developments to near perfection. And even more importantly, we’ve been able to profit from these forecasts!