In the last few days, we’ve covered the trading terms “resistance” and “support.”

Our timing on these topics could not have been better. The market showed us the significance of both resistance (red line below) and support (green line) several times this week.

Just look at how the market was rejected at resistance before dropping to bounce off support! 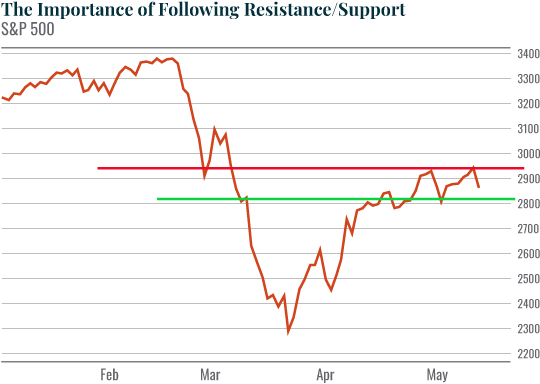 Now that we’ve covered resistance and support, I want to introduce you to a new concept: trendlines.

Searching for a Bullish Breakout

While resistance and support are represented by horizontal lines, trendlines are typically diagonal, formed by a series of moves that end at lower or higher levels.

Let’s use a real-world example to see this in action.

The chart below shows the recent price action in gold. As you can see, we have a clear level of support at $1,680 (green line). Note how gold bounced hard off of this level multiple times. 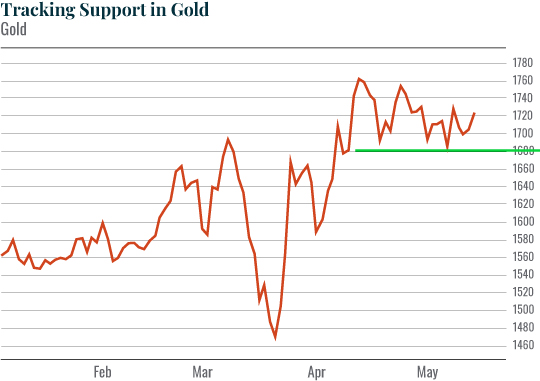 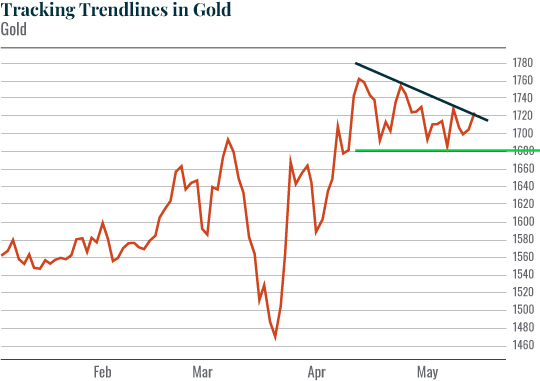 As you can see in the above chart, gold recently broke out above this downward trendline.

This is VERY bullish, as it shows gold now has enough buying power to break above a clearly defined trend. This is what traders refer to as a “bullish breakout.” It usually signals that the asset is ready to make its next major move higher.

Now let’s add resistance (red lines) to this chart. Because gold has been trading in a relatively tight range over the last two months, we’ve got three of them. 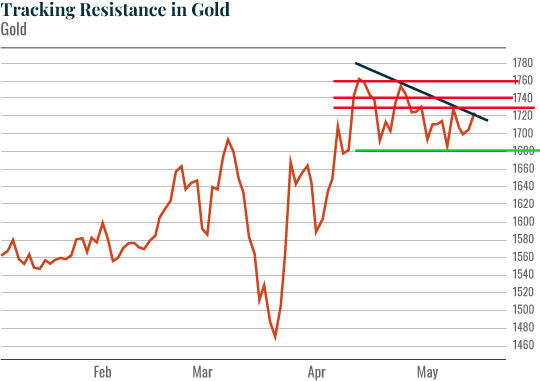 Yesterday’s breakout saw gold breaking above the first and attempting to break above the second before ending the day just below it. If gold can break above this second line, we should see a move to test its third line at $1,730 (top red line). That would be my first target if I was trading this chart.

And if gold can break above that final top line of resistance, it will begin a major bull run.

To review, we now we have three trading tools in our tool belt:

“One of the Greatest Investment Opportunities of All Time”…??

In the name of national security, President Trump is sparking an economic boom.