Yesterday, I argued that the clearest opportunity in the markets today is NOT in stocks, but in precious metals.

As I have been explaining over the last week or so, the single most important issue for investors who want to see above average returns in the markets is to remove emotions and introduce discipline to their analysis.

Technical analysis is one means of doing this — using concepts such as resistance, support, trendlines, and breakouts. Using them forces you to focus on what the markets are actually doing, rather than how they make you feel.

We’ve recently covered all of these in detail in Money & Crisis.

Specifically, we used these concepts to show how stocks are in fact NOT ripping higher, but are trading sideways. Indeed, looking at the below chart, it is clear stocks are still nowhere near recouping all of their losses from the March meltdown. 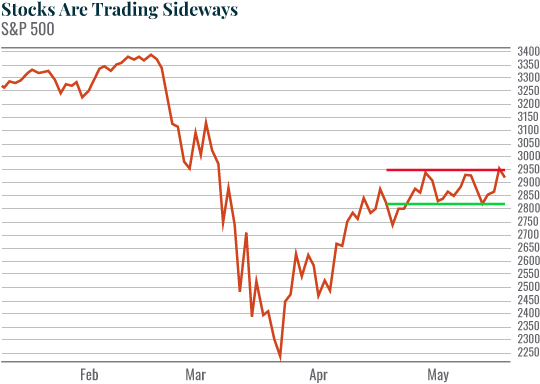 By way of contrast, gold is in a CLEAR uptrend, having recouped ALL of its March losses and then some. 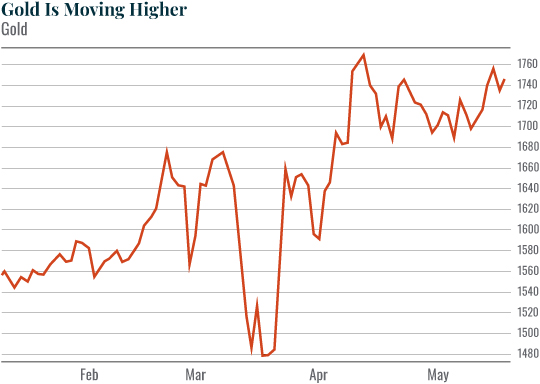 And why wouldn’t it?

A Strong Case for Precious Metals

The U.S. government and the Fed are printing and spending trillions of dollars to combat the economic depression in the U.S. Indeed, it is now clear that the ONLY path forward for these entities is money printing.

While most of our analysis has centered on the U.S., it is important to note that EVERY major government/central bank is currently doing the same thing: printing and spending trillions of their currencies.

As a result of this, gold is breaking out against every major world currency: the $USD, the Yen, the Euro, and the Franc.

Now compare that chart to the S&P 500 priced in $USD, Euros, Yen, and Francs.

Looking at this, the clear investment right now is gold. It is in a definitive uptrend, priced in EVERY major currency.

This is why I argued that the clearest, largest opportunity in the markets today is NOT in stocks — but in precious metals. Whereas stocks are consolidating, precious metals are in CLEAR uptrends.

And this is NOT just for the U.S. This trend is clear in every major currency, making it a global phenomenon. For this reason, I would argue that if you’re looking for above average returns today, the market is telling you that the clearest trade is to be long precious metals.

To understand the situation as it stands today, it’s crucial you read this article.