Over the last few days I’ve been outlining how the stock market continues to rally despite the truly horrific economic data coming out of the U.S.

That’s some truly horrific stuff. And meanwhile, the stock market has continued to rally, breaking out of a consolidation range to new highs. 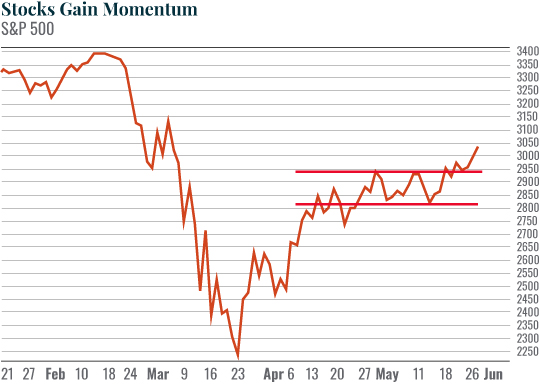 This has led me to issue multiple warnings. Yes, we can use the market’s upward momentum for our benefit in the near term, but we need to “keep one eye on the exits” at all times.

Of course, we don’t want to let our emotions get in the way of this process. Which is why it’s important to use an actual metric to decide when to get in or out of the market.

One of the better metrics I’ve come across for detecting a market crash is the 50-week moving average.

This the sum of the market’s weekly closing prices over the prior 50 weeks, divided by 50.

Looking at the chart below, you can see that if you got out of stocks whenever the S&P 500 broke below this line, you would have avoided some of the worst collapses on record – including the March meltdown of 2020 (red circles in the chart below). 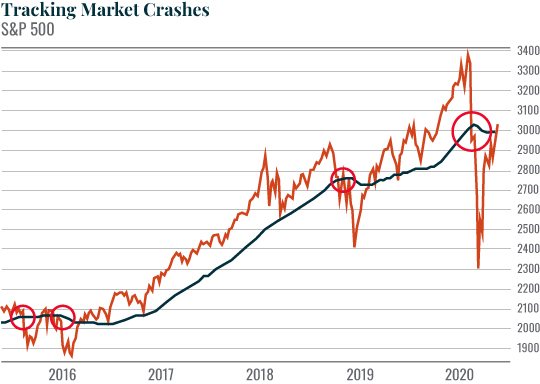 More recently, the S&P 500 just broke above this line for the first time since the March lows (red circle on the right). 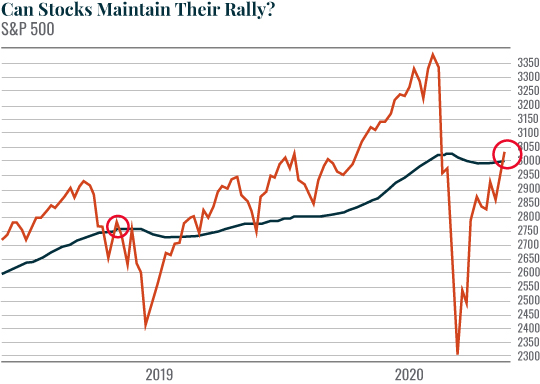 The 50-week moving average is one of the key metrics I’m favoring for when to prepare for the next leg down.

As I continue to assert, the primary trend is up. But given how horrific the economy is, we need to keep one eye on the exits to ensure we avoid another collapse. And thanks to the 50-week moving average, we can take the guesswork out of when to make a move to the sidelines.

This is the Last Bull Market of Our Lifetimes

It’s crucial to jump on this opportunity before it’s too late.

Adding to Your “Investor Toolbox”

Part of my job is to give you the tools necessary to watch warning signs in the financial system.

A Mutiny is Underway at the Fed

And as of yesterday, there is now a frontrunner to replace Powell as Fed Chairman.