Are financials about to rip higher?

Last month I wrote to you about the concept of “rotation.”

Rotation is when capital moves from one sector to another. Typically, it consists of capital moving from winning industries to industries that are lagging behind.

Thus far, since the markets bottomed on March 23, 2020, tech has been the big leader – particularly e-commerce companies like Square (SQ).

Meanwhile, financials such as JPMorgan (JPM) have lagged behind. 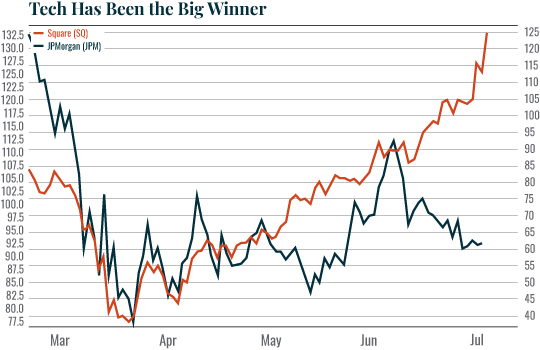 Based on these trends, I recommended subscribers of my Strategic Impact newsletter move into Square (SQ) in mid-June. Just this morning, we closed out that position for a 29% gain in a matter of weeks. (Click here to learn more about Strategic Impact.)

The Macro Themes That Would Trigger a Rally in Financials 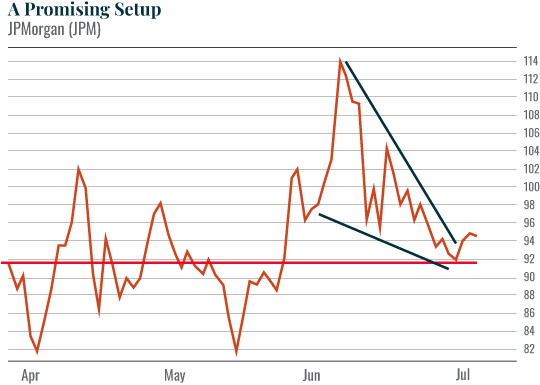 What would trigger a rally here?

One thing would be if the economy continues to improve.

Big banks make their money by collecting interest on the loans they make to clients. Because of this, during times of economic weakness when default rates jump, the banks tend to lag behind the market. 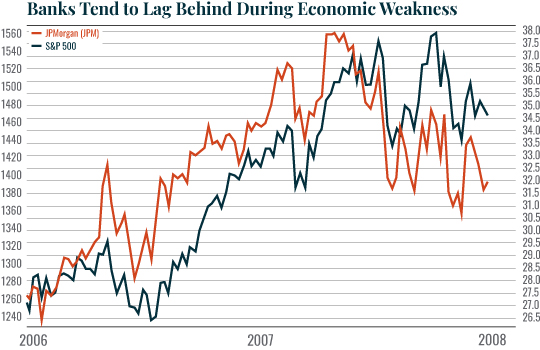 Is the opposite happening today, in that the economy is now improving and it’s time for JPM to catch up? The charts suggest this could be the case. And while I’m not 100% convinced of this yet, it’s a potential trend worth paying attention to.