A chop-fest is when stocks chop around without actually going anywhere. I simply can’t think of a better description for the market this week. And it doesn’t say much for the bearish case for stocks.

The NASDAQ traded within a small box formation (red square in the chart below) within the confines of its uptrend. Pretty much nothing was accomplished here.

We’re still in an uptrend. And we’ve managed to hold support, despite the bears’ best efforts. Again, this was a chop-fest. 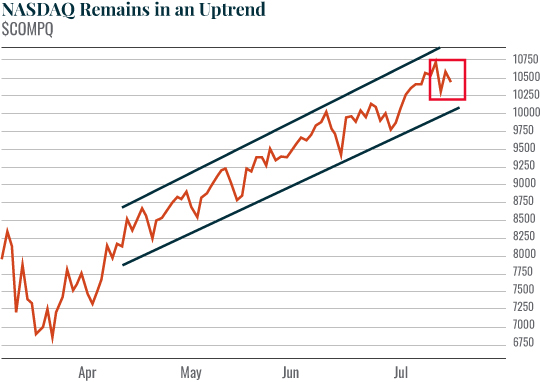 The situation is even more pronounced in momentum stocks. You would think the bears would be able to muster enough selling power to make a company like Shopify (SHOP) – which is trading at 100x sales and up over 200% from its March lows – lose its uptrend. 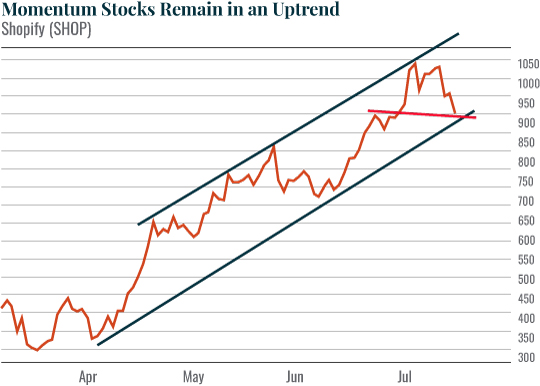 Even the VIX, which serves as a volatility index, failed to make a breakout this week. If this is the best the bears can do, it won’t be surprising to see stocks rise to new all-time highs in the next few months! 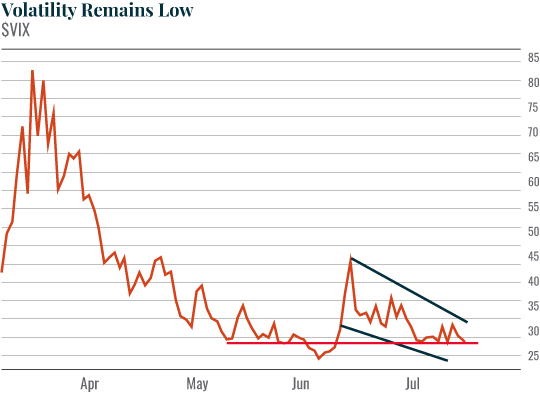 Look I get it, stocks are up a lot. And much of this movement has been based on the Fed pumping trillions of dollars into the financial system. So this huge rally in stocks feels “fake” to many investors.

However, if the bears are unable to commit enough selling pressure to force stocks to correct even 5% at this point, it’s difficult to see how stocks won’t continue to rise, no matter how ridiculous if feels.

Put simply, the bears failed this week. End of story. This means the bullish case remains intact for now.