But given the sell-off yesterday, we need another one as we go into the weekend.

The market sold off hard yesterday. Many market leaders fell to test their trendline. As such, today is extremely important for stocks.

We need to see the markets maintain their bull market trendlines… or we might see a more significant correction.

#1: Microsoft Can Move the Market

Microsoft (MSFT) is the single largest weighted company in the S&P 500, accounting for 5.7% of the total market index. This means that MSFT is extremely important for the overall market’s moves.

MSFT shares fell to test their trendline yesterday. We NEED to hold here or at the very least begin to consolidate, or things could start to get ugly fast. 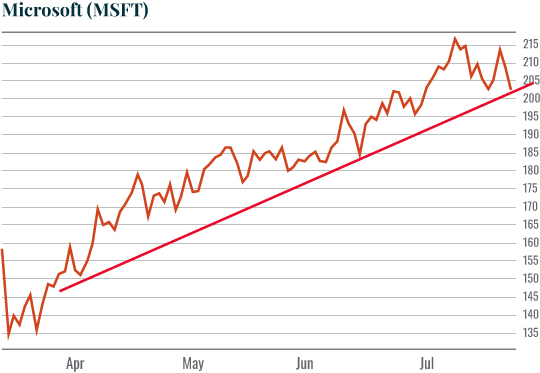 #2: Detecting “Risk On vs. Risk Off” Via Shopify

Shopify (SHOP) is a momentum darling and a great indicator for “risk on vs. risk off.”

SHOP shares also fell to test their bull market trendline yesterday. Here again, we need to see this level hold or at least slow the pace of collapse, or the markets could be heading for an UGLY week next week. 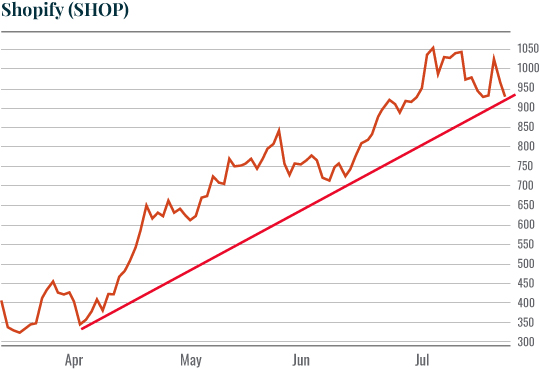 #3: US Dollar Holds Weight in the Financial System

Finally, the US dollar briefly broke below its support from the early March breakdown.

The pace of the decline in the greenback is cause for concern. We’re talking about the reserve currency of the world… and over 46% of global debt is denominated in US dollars.

The dollar needs to hold here or the decline will accelerate. That is in fact a BAD thing for the financial system. It’s never good if the reserve currency begins to collapse too rapidly.

So I’m watching this chart closely. 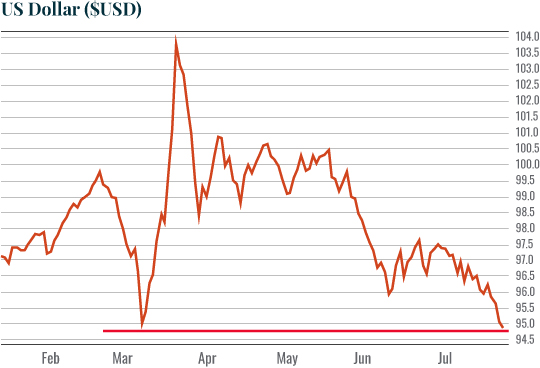 Add if all up, and there’s plenty to be concerned about in the markets today.

However, we need confirmation – specifically from the above charts – before we shift from a risk-on framework to a risk-off framework.