Why do stocks continue to rally despite the economy falling off a cliff?

Yesterday the US reported its worst-ever quarter for economic growth: a whopping 9.5% quarterly contraction that comes to an annualized pace of 32.9%.

Yet, stocks actually rallied on the news.

The S&P 500 bottomed soon after the report was released. The rest of the day the market worked its way higher. 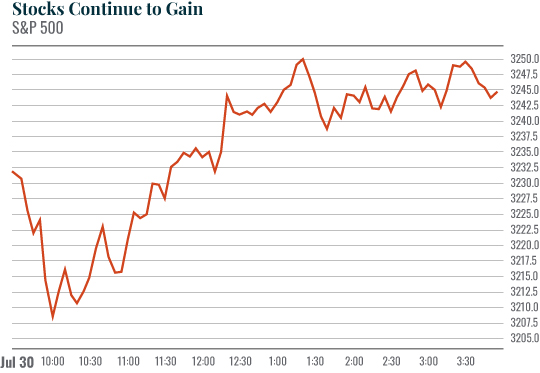 This is the kind of thing that drives most investors mad. How can the market go UP on the worst quarterly economic contraction in history?

There are a few reasons for this…

First, the market is focusing on the future, not the past.

The economy contracted in the second quarter of 2020. We are now in the third quarter. Even if we get a contraction of 6% this quarter, that would mean that things were improving and the worst was behind us.

Again, the market is forward-looking. This is why it doesn’t usually care when economic data is published. It would be like asking someone who is getting ready to eat dinner to care about what he or she had for breakfast a week ago!

Second, the Fed just announced it will be providing at least $125 billion in liquidity to the markets every month from now until the end of 2021/early 2022. A sum total of $2.1 trillion in the next 18 months.

Unlike economic data, stocks REALLY care about liquidity. And the Fed has told the markets it will be providing massive amounts of it in the months ahead.

The Diversity of Stocks

Finally, we must remember that the markets are actually very complicated things. We often talk about “stocks” as if they’re homogenous, but the reality is that for some sectors it’s a depression… while for other sectors it’s a historic boom.

The COVID-19 pandemic has created a depression-like environment for shopping malls. The largest owner of them, Simon Property Group (SPG), has rallied 33% from the lows, but remains over 63% DOWN from its prior peak. 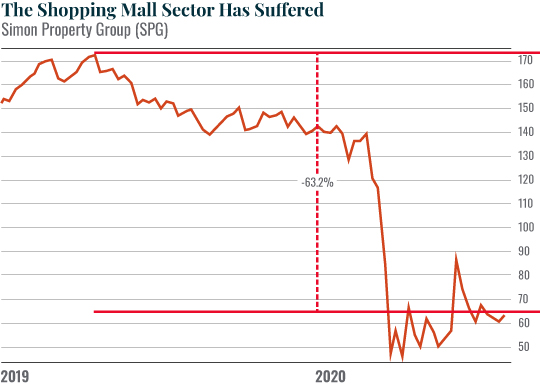 Put simply, this is a sector that is struggling horribly during our current market climate.

Wayfair doesn’t have actual stores (it has only one nationwide). Pretty much all of its selling is done online. Which means that the COVID-19 pandemic hasn’t really impacted its business.

In fact, Wayfair’s business has been BOOMING as consumers, unable to go to actual retail stores in-person, have resorted to doing most of their shopping online.

As a result of this, not only has Wayfair reclaimed ALL of its March meltdown drop, it’s actually up 52% HIGHER than it was before the COVID-19 pandemic! 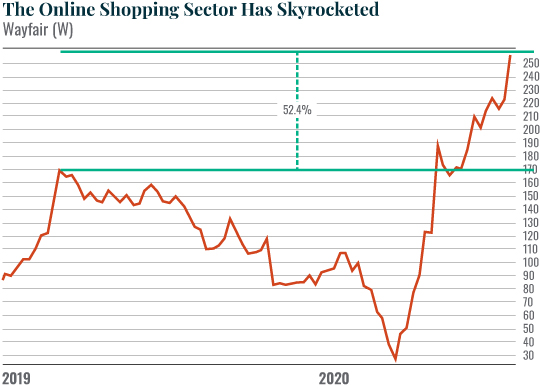 We’ve covered a lot of material here, so let’s do a quick recap.

This is why the market seems so disconnected from the economy.

I hope this proves useful in your investing!

Continue to send in any questions or feedback you have to Feedback@PhoenixPress.com.

Adding to Your “Investor Toolbox”

Part of my job is to give you the tools necessary to watch warning signs in the financial system.