The S&P 500 is now within 2% of its all-time highs. At this point, it’s a given that traders will make a run for that level sometime this week. 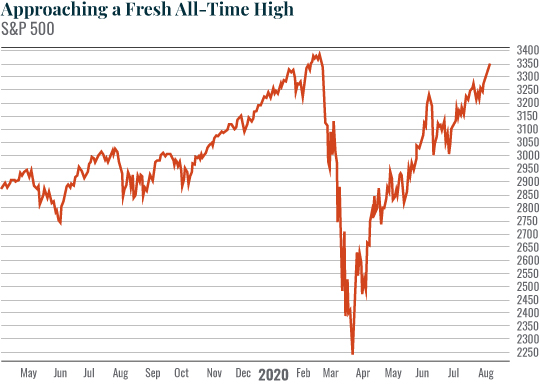 It’s worth noting that stocks have already made a new all-time high… and then some! 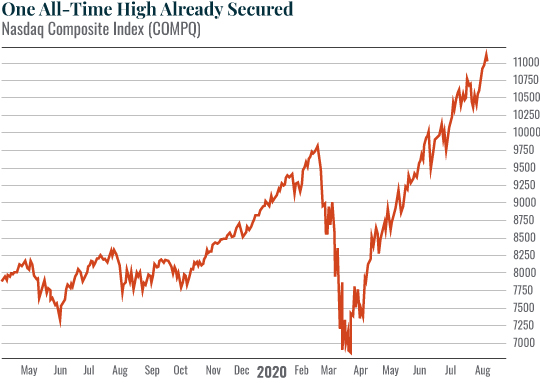 As far as trading goes, the bigger issue is if we’re finally about to see some rotation away from tech stock, which have been the big leaders, to other lagging sectors (financials, microcaps, etc.).

Rotation occurs when capital begins to move en masse from one sector to another. Typically, this involves money shifting from a sector that has been leading to one that has been lagging.

In our recent market climate, this means money shifting out of tech stocks and semiconductors and into things like cruise lines, theme parks, financials, and the like.

Last week, microcaps (in blue) outperformed tech stocks (in orange) by a significant margin. This has NOT been the case for most of the rally from the March lows. 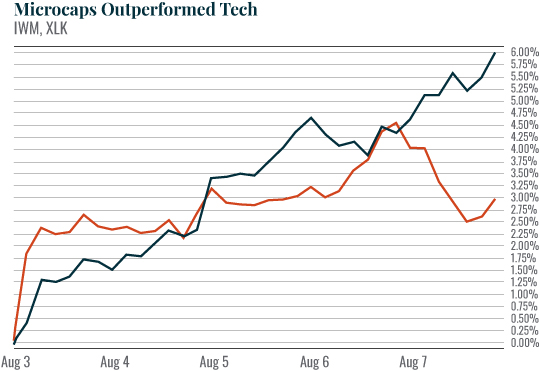 Astonishingly, even financials – one of the worst performing sectors since the March lows – OUTPERFORMED tech last week. 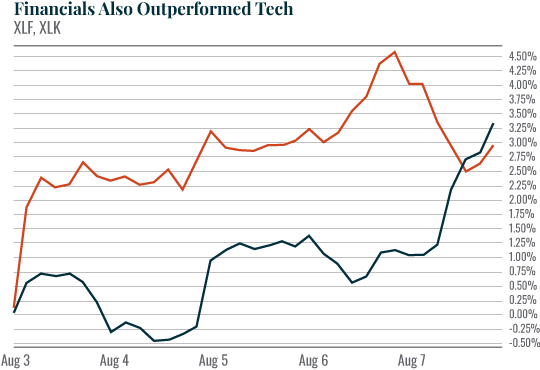 Of course, one week does not make a trend, but this is a major development worth watching.

One of the best opportunities for trading is when laggards play “catch up.” And with tech stocks dramatically overbought, we might have the makings of some great gains here.

More to come this week.

Weekly Update: What the Fed Will Be Announcing Today

Here’s how it’s going to impact you…

Weekly Update: Practicing What We Preach

An important lesson in patience and discipline…