Ever since the Great Financial Crisis, the world has been asking itself…

“Where is the inflation?”

After all, central banks had embarked on the most aggressive monetary easing in history.

And yet, for the most part, inflation was nowhere to be found. Yes, the cost of the living for most Americans continued to rise, but it didn’t rise any faster than it had in the preceding 30 years. Indeed, on a year over year basis, inflation never managed to stay above 2% for very long.

So where was the inflation? 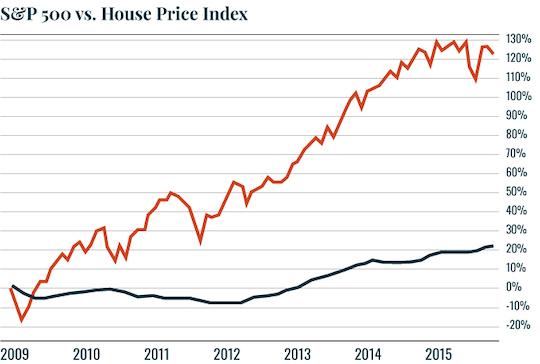 What’s going on is that all of the money central banks printed never got into the real economy. It went to the banks. And the banks either used it to speculate in the stock market (investment banks) or they sat on it. The rate of growth for bank loans from 2008-20016 was a meager 2.5% year over year. Mortgages were a bit of an exception, but as you can see, they didn’t push the overall loans up much.

To put that into perspective, after the Tech Crash and subsequent recession, bank loans EXPLODED higher from 2001-2008, routinely clocking in at 10% annual growth or higher!

So again, the reason we never saw inflation hit in the aftermath of the 2008 crisis was because the money never actually got into the economy. Yes, the Fed and other central banks printed a TON of money, but it never actually went anywhere other than stocks and mortgages.

Policymakers’ response to the COVID-19 pandemic has been a whole other ballgame.

I’ll detail all of it tomorrow. Until then…

The bond market is no longer a safe predictor of recessions…