Over the last week, I’ve been outlining how central banks will finally unleash inflation.

As a result, inflation is beginning to appear throughout the financial system. And now the Fed is stating explicitly that it intends to let inflation run hot!

During periods of higher inflation, precious metals tend to do very well.

However, precious metals miners do even better! 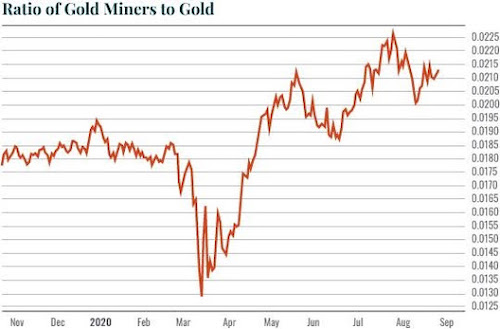 As you can see, the GDX: Gold ratio has been in a strong uptrend since the March bottom. This tells us that we are entering an inflationary period as gold miners are outperforming gold bullion.

If you’re unfamiliar with gold miners, rather than trying to pick out a single play, consider investing in a basket of them via the Gold Miners ETF (GDX).

GDX is a fund with broad exposure to a basket of gold miners. Its top 10 holdings, which comprise nearly 63% of the fund are: 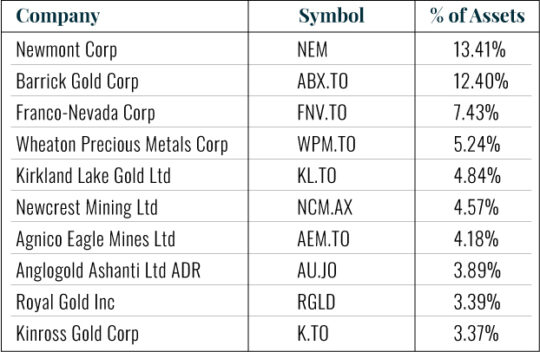 As such, GDX gives us broad exposure to the gold mining sector via a diversified fund. This means it is less volatile than any individual mining company. 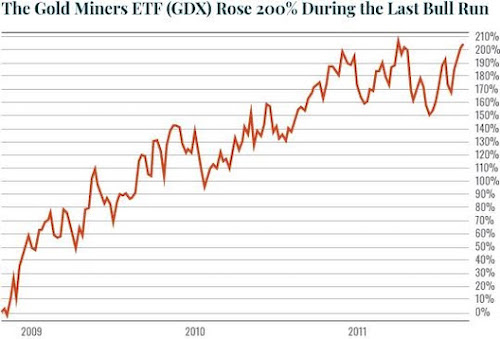 If you’re looking for a means of profiting from the bull market in precious metals miners, this is a great place to start!

We’ve already done one technical update this week. But given yesterday’s sell-off, we need another one as we go into the weekend.