The Fed has finally made up its mind… it wants inflation.

Ever since the great financial crisis of 2008, the big question has been: What will the ultimate outcome be from all this money printing and Fed interventionism? Will it be another deflationary collapse — or an inflationary storm?

Some 12 years later… we finally have our answer… it will be an inflationary storm.

Last week, the Fed announced that:

Remember, this is the Fed we are talking about, not some gold bug. So, the mere fact that the Fed is even suggesting that it is OK with higher rates of inflation has systemic implications.

The Fed has long averred that inflation was nowhere to be found, but that it if ever did show up, they could easily contain it, and so none of us needs to worry about inflation ever getting out of control.

The fact, then, that the Fed is suddenly OK with inflation running hot is akin to a structural engineer saying, “I’m fine with this massive dam leaking, possibly even a lot… provided the leaks occur in a way that is manageable.”

You get where I’m going with this.

And so do the markets.

Take a look at Lumber. 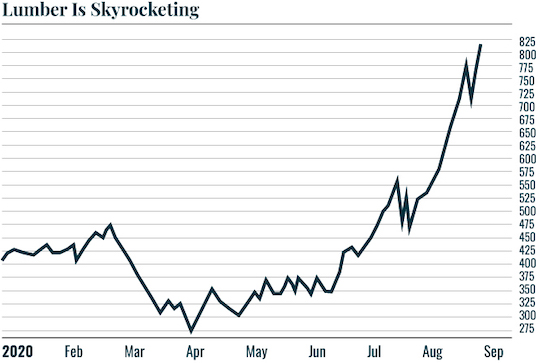 And then there’s gold and silver… which have already begun their next legs up. 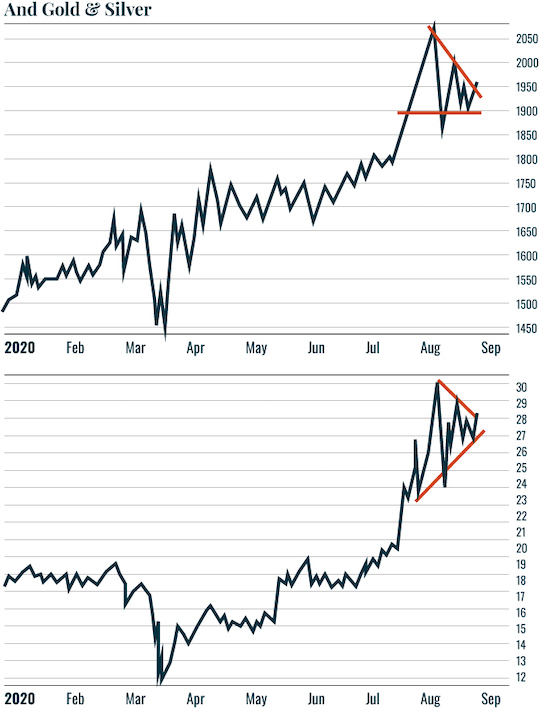 This is the BIG theme for the markets going forward.