As I mentioned yesterday, the markets are taking a breather. And to be honest, this is very needed, particularly in the tech space.

Which is why, if the market is to sustain a longer-term bull market, it will require periods of correction and consolidation in order for things to cool down.

We are in such a period right now.

And by the look of things, we’re due for a bounce.

The NASDAQ, which was the most overbought market index, has hit its 50-day moving average (DMA). We might see the NASDAQ break below this level briefly to shake out the longs, but I expect this line to ultimately hold. 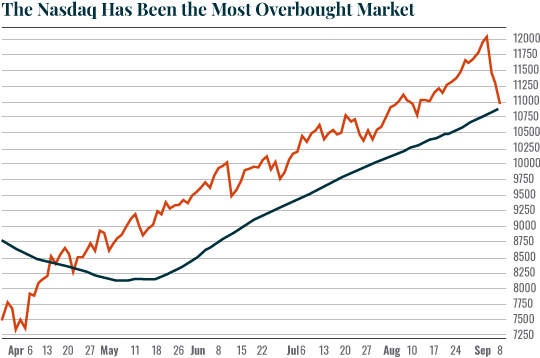 Why This Is a Correction and Not a Crash

Because credit spreads haven’t broken down.

While stocks get most of the attention from the financial media, the reality is that it is the BOND markets, not stocks, that the Fed is most worried about. If you think I’m bluffing here, consider just which assets the Fed has bought via its QE programs thus far:

So, what are they saying now?

The Corporate Junk Bond ETF (HYG) has fallen to test major support (red line in the chart below), which also happens to be at the same level as its bull market trendline. 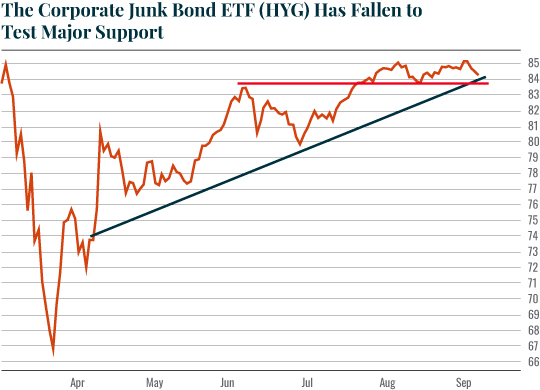 If we were truly about to experience a systemic event/crash, this ETF should be breaking down in a big way. It isn’t. And even if it DID break that trendline, I’d expect the Fed to step in and intervene almost immediately.

This is why I believe the market is in a correction within a larger bull market, NOT the start of a major crash.

So again, I expect the NASDAQ to hold its 50-day moving average. Which means we should see a bounce today or tomorrow.