As I suggested would be the case earlier this week, stocks have continued to chop / move sideways. 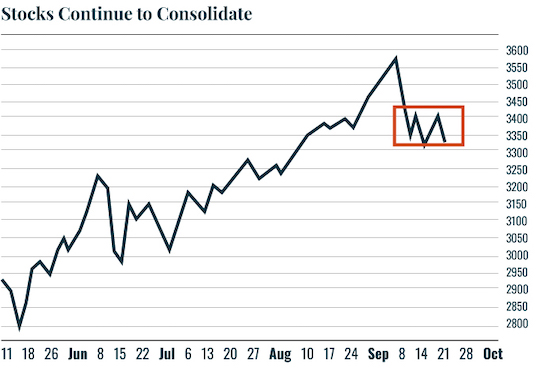 We’ve had two prior periods of consolidation in the markets since the March bottom. Both of them lasted about four to five weeks. I’ve highlighted them in the chart below with red rectangles. 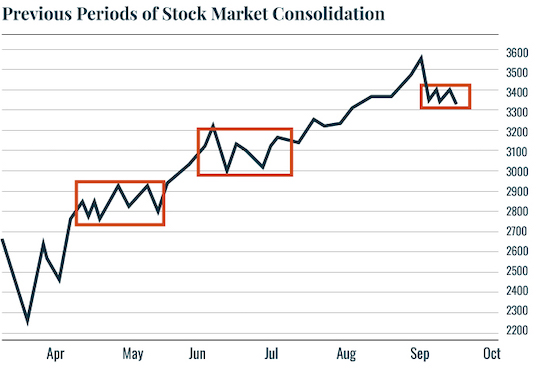 This current consolidation is in its second week. This would suggest we’ve got a few more weeks of chop before the market makes its next major move.

From a political perspective, this makes sense as it would bring us into October, by which time the market would be accurately discounting the outcome of the upcoming President election.

There Are Still Opportunities in the Market

Even though the market is consolidating, it doesn’t mean that there is nothing to do from a trading perspective.

As I noted recently, industrial stocks are on a tear. Companies like John Deere (DE) (the black line) and Freeport McMoRan (FCX) (the red line) have barely dipped during this correction in stocks. 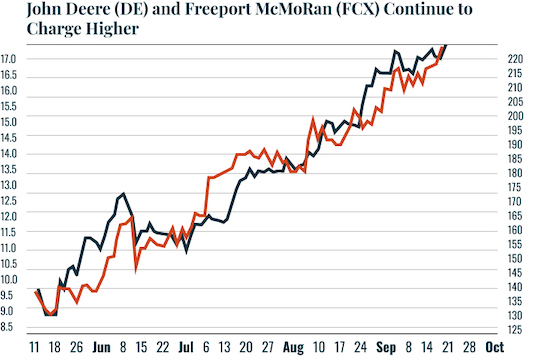 This suggests to me that the markets are beginning to discount additional fiscal spending or an infrastructure plan. It’s definitely something I’m keeping an eye on.

All in all, the best position to be in right now is likely the sidelines. There is no rule in trading that says you HAVE to be in the market. And many times, the best trades are the ones you don’t take.

Something to think about.

My Greatest Discovery to Date

We’ve covered a lot of ground over the last week, so let’s do a quick wrap-up of everything we know so far.